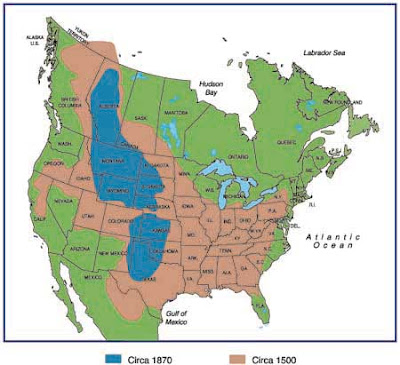 Jim Neiman of Hulett, Wyoming controls the Black Hills National Forest, decisions for the Sioux Ranger District on the Custer Gallatin National Forest are made in Bozeman, Montana, most of national grasslands in South Dakota are operated from Nebraska and Republican congressional delegations cut fat hogs bringing home the bacon for the timber and livestock industries.

That's not local control: it's ramrodding bills through Congress that end public comment.

More timber is logged off the BHNF than on any other national forest and Republicans want more.

The collapse of the Black Hills ponderosa pine monoculture was forecast as early as 2002 but now bug counters at the Black Hills National Forest are saying its bark beetle outbreak has peaked although dry grasses still plague the region.

The Santa Fe National Forest gets it.


Prescribed fires are one of the most effective tools available to resource managers for restoring fire-adapted ecosystems. These fires mimic natural fires by reducing forest fuels, recycling nutrients and increasing habitat diversity. Prescribed fires are managed with firefighter and public safety as the first priority. [Los Alamos Daily Post]

Ponderosa pine evolved in the American Southwest and only reached the Black Hills about four thousand years ago and central Montana during the last millenia.

Lodgepole pine and Douglas Fir have been extirpated from the Black Hills for nearly a century: the oldest aspen was virtually logged out during European settlement; yet, tiny stands of old-growth ponderosa pine can still be found in the Hills.

Ponderosa pine contain much higher levels of volatile organic compounds (VOCs) than many other cone-bearing trees and tends to be more explosive in wildfire conditions especially when under drought stress. Beetle-affected trees are pockmarked with 'pitchouts' that burst into flames during wildfires and torch more readily.

The mountain pine beetle is hard at work clearing centuries of overgrowth throughout the Rocky Mountain Complex, so is the western spruce budworm and the spruce beetle. But leaving dead or dying conifers on the forest produces methane, an even more dangerous greenhouse gas than carbon dioxide is.

Voters can expect South Dakota's earth hater congressional delegation to do the bidding of their donors and put lots of pork in the next farm bill.

Water supplies are critical this year as human-caused climate disruptions reduced snowpack in the Black Hills. Insects and fire are critical to reversing the ravages of conifer overgrowth on the Rocky Mountain West.

Restoration means all the above: fire, bark beetle, reintroduction of bison and the thinning critical for water supplies that ultimately help conifers defend themselves against anthropogenic climate disruptions while stimulating the growth of hardwoods like aspen. It can all be done with aerial techniques without building new roads.

The above map is not of grassland fire danger or red flag warnings: it's of North America's historic bison range.

Too bad they're clueless about how to do it.

Want to reduce the effects of wildfire on the greater Missouri River basin?

Neiman dupes applaud Trump Organization for not listing the Black-backed woodpecker for protection under the Endangered Species Act.