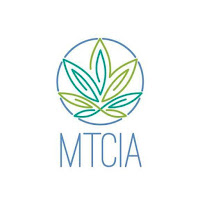 
There are rumblings of getting a measure on the 2020 Montana ballot, but marijuana advocates want to see new rules implemented on the existing medical marijuana law before focusing on recreational use. Stillwater Labs tests marijuana for contaminants, mold byproducts, potency and more. New rules include implementing mandatory licensing and inspections and allowing post-traumatic stress disorder as an eligible ailment. To see a full list of the new medical marijuana rules click here. [NBC Montana]

Democrats are keenly aware that to energize millennials and a jaded base radical times call for sensible approaches to reforms of civil liberties for all adults.
Posted by larry kurtz at 11:42:00 AM No comments:

New Mexico destined to legalize cannabis for all adults

Here in New Mexico Republicans are watching their 2018 chances going up in smoke as the state's governor drags her feet.

Democrats are keenly aware that to energize millennials and a jaded base radical times call for sensible approaches to reforms of civil liberties for all adults.
Posted by larry kurtz at 5:41:00 AM No comments:

Email ThisBlogThis!Share to TwitterShare to FacebookShare to Pinterest
piled in cannabis, manifesto, us politics

So, I’m a cannabis advocate for five western states and don’t know anybody who actually has to buy it.

Democrats in blue states already understand the added value to their campaigns but a red state Indianan gets it, too.


“We don’t need to give him another ounce of our brain-space,” Dan Canon told the crowd of 40 people, hitting the TV mute as President Donald Trump’s State of the Union speech began. Students seem drawn to Canon in part because he was one of the plaintiff attorneys in the lawsuit that became Obergefell v. Hodges, the Supreme Court case that legalized same-sex marriage. They like his stances on raising the federal minimum wage and providing Medicare for all. But it’s his full-throated support for legalizing medical marijuana at the federal level that has distinguished him in the eyes of many young voters, who consider it a threshold for taking any politician seriously.

West Virginia is another red state where Democrats favor legal cannabis, so is Tennessee.


Voters would have another chance to weigh in on legalizing marijuana in Arizona under a proposal in the state House. The proposal from Republican Rep. Todd Clodfelter of Tucson and Democratic Rep. Mark Cardenas of Phoenix was announced Thursday. If approved by the House and Senate, it would be on November's ballot. [KNAU]

Legal cannabis has become a favorite in Minnesota's Democratic-Farmer-Labor Party gubernatorial primary, too. Even so-called 'moderate Democrats' are on board.

And in California tribal nations want compacts with the state.


Calling himself an anti-establishment candidate, 17-year-old Bergeson is pursuing the Democratic nomination, advocating for a $12 minimum wage, legalization of medical marijuana, and high-speed rail for major cities in the region. [NPR]

Here in New Mexico Republicans are watching their 2018 chances going up in smoke as the state's governor drags her feet.

Indian casinos are small banks. It's time for states to enter cannabis compacts with tribal nations.

Colorado legalized marijuana in 2014, and @GovofCO says that since then "we haven't seen a spike in consumption -- but we HAVE seen millions of dollars in tax revenue."
— 1A (@1a) February 7, 2018

JUST IN: Colorado #marijuana shops raked in $1.5 billion in sales in 2017, a new yearly record for the state's 4-year-old industry. https://t.co/kyWSXvACyN
— The Cannabist (@cannabist) February 9, 2018

US Sen. @CoryGardner of #Colorado is standing by his pledge to block Justice Department nominees until Jeff Sessions eases up on state-legal cannabis. https://t.co/JztdHajQuZ
— Leafly (@Leafly) February 7, 2018

Email ThisBlogThis!Share to TwitterShare to FacebookShare to Pinterest
piled in cannabis, I-25, montana politics, public radio, tribes, us politics

Despite soaring enrollment in New Mexico's therapeutic cannabis program and outrage over the grisly deaths of children Democratic legislators have abandoned a deal with the state's governor who recently scored at the bottom of the US' most popular.

Members of the Senate Rules Committee voted 4-3 Friday to advance HB0312 a proposed constitutional amendment to legalize cannabis for all adults.


That decision keeps the measure alive, but it has little chance of making the November ballot. Even the amendment’s sponsor, Sen. Jerry Ortiz y Pino, D-Albuquerque, has said his proposal lacks enough support to clear the full 112-member Legislature to qualify for a vote of the people. [Legislative Roundup]

The bill "includes a provision barring state and local law enforcement from cooperating with federal enforcement of the Controlled Substances Act in cases where the conduct is state-legal."


House Bill 155 was just the latest proposal by Republican legislators in recent years to reinstate capital punishment for certain murders. They argued the measure would have made the death penalty an option again for only the worst of the worst criminals. [Swift end for House bill to reinstate death penalty]

These are indicators of the power of the law enforcement and prison industries in a state suffering for a decade under a Republican governor.

Democrats are keenly aware that to energize millennials and a jaded base radical times call for sensible approaches to the preservation of civil liberties.

But why not throw Susana a bone by letting her craft a legacy based on bipartisanship instead of on a history of lawsuits?

Democrats should put a sunset clause on capital punishment applied after Victoria Martens' killers' trials, their appeals and are put to death or imprisoned for life, draft legislation that accelerates legal cannabis then offer it to the governor.

In a related story the Libertarian Party has officially reached major party status in New Mexico.
Posted by larry kurtz at 5:51:00 AM No comments:

Straight out of the Dick Wadhams playbook: Libertarian Party candidate George Hendrickson has filed with the Federal Election Commission for South Dakota's lone US House seat running to the left of Democrat Tim Bjorkman on cannabis and civil liberties giving an easy win to whichever earth hater is nominated in June.

Libertarian candidate for South Dakota governor CJ Abernathey has announced his intention to run to the left of Democrat Billie Sutton on cannabis and civil liberties giving an easy win to whichever earth hater is nominated for that race in June.

In 2014 flip-flopping Larry Pressler was enlisted by earth hater operative Wadhams to run to the left in South Dakota's US Senate race as an unaffiliated candidate and successfully eroded Democrat Rick Weiland's base of support.

Fact is: the best way to a strong two party system in South Dakota is for arch-conservatives to launch a third party. South Dakota's most ardent earth haters are still looking for principled conservatives to run in statewide elections. Shad Olson, Stace Nelson, Neal Tapio and Lora Hubbel could be those candidates.

Thank you, Dick Wadhams, for showing up at my father's funeral. I burst out crying when I saw him. #copolitics pic.twitter.com/fAYfawxc36
— Lynn Bartels (@lynn_bartels) March 18, 2015