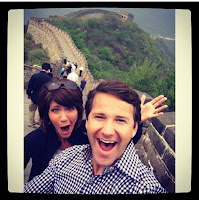 The DC Booth hatchery was recently fingered for allowing non-native Snake River cutthroat trout to escape into Spearditch Creek and other tributaries of the Belle Fourche/Cheyenne River ecosystem.

If these were releases by a private hatchery the penalty for stocking fish in South Dakota waterways without a permit is a Class 2 misdemeanor punishable by up to 30 days in jail and/or a $500 fine.

For at least two decades South Dakota's Republican congressional delegation have been obstructing attempts by the US Fish and Wildlife Service to streamline the agency as it weans support from a hatchery notorious for introducing invasive species to Black Hills watersheds and into the waters of the United States. They just sent some stuff to the US Secretary of the Interior and the USFWS requesting additional pork to buy an administrative officer, a park ranger, and an archivist historian.

These clowns won't support combating bulging jails and prisons but will wholeheartedly jump on the bandwagon to save a Spearditch tourist trap in a town where a Democrat could win a legislative seat.

Finescale dace was the only fish identified in Black Hills streams by the Custer Expedition in 1874 but the creek chub and white sucker are also native.

There is no evidence of native trout in the Little Missouri flowing north out of the Wyoming sage steppe, either. As the Black Hills have never been glaciated the continual use of fire by human inhabitants to maintain bison habitat for the last ten thousand years may have rendered ancient fisheries unable to sustain salmonids.

It's hard to imagine the Service continuing to support the release of hybrid and non-native trout by South Dakota's Department of Game, Fish & Plunder when native species are being threatened in the Missouri River basin.

Rainbow trout have recently been released into Lake Sharpe.

Kristi Noem and her other white meat supporters purport to be small-government conservatives but they're really just helping themselves instead of finding a way for communities to finance rearing for private ponds without begging the feds for more moral hazard money while pretending to be self-reliant.

The USFWS should block releases of these fish into any part of the system.

How a GOP-owned agency like SDGF&P is enabled instead of being sued by the Service remains a mystery.

Nice looking plant there . . . any idea the strain? Outdoors continuously?

What's your rain total for the YTD? Bet it's more than here in Custer, and yes, it's time to pack.

It's sour diesel from Trinidad. Yes, outside all summer. Bugs got into two plants so they got pulled early. Rain total is up from last year: about six inches. Custer had a pretty mild fire season how much precip there this year?

16.46 say da man . . . . kind of mis-leading though. We went through three really bad dry/hot spells, and just when I thought the place would combust spontaneously - it rained. One of the events was almost 4" in two hours - lots of runoff.

So, we got lucky. Couple fires. I think a couple were human-caused, and the FS is not talking. The recent ones were lightning.

A post describing red state failure on the Black Hills is forthcoming.