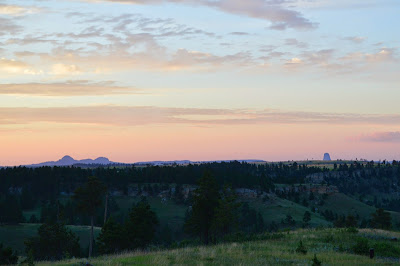 At his request the Crook County Commission has been asking the City of Gillette in neighboring Campbell County to allow access to the Madison water pipeline for landowners whose wells have been depleted or compromised by over a century of livestock grazing, coal mining and other extractive industries. Some 55 area wells are producing water that is not fit for human consumption under US Environmental Protection Agency standards.


“We’ve got a number of wells that went dry, we’ve got acid in wells – there’s a problem,” said Driskill. He noted that the wells did not dry up slowly, but that the problem appeared virtually overnight. “The City of Gillette is unwilling, partially for liability reasons,” he said. “These guys are hauling water for cows and hauling water for houses. That’s not right.” Commissioner Kelly Dennis, whose own land sits near the affected area, commented he has heard talk that another well may have run dry near Thorn Divide, several miles from where the problem was initially identified. [Sundance Times]

Thorn Divide is visible as an open green rise in front of Mahto Tipila in the background of the above image.


After meeting with resistance, he tacked an amendment on the omnibus water bill that would have forced Gillette to allow up to 200 new taps. Gillette turned down the funding, citing concerns over the repercussions of the amendment’s wording. Since that time, says Driskill, things have turned ugly – but he won’t let that deter him. [Sundance Times]

Like wiping your ass with a hula hoop: it's endless.

In January of 2016, the US Forest Service suspended the Draft Environmental Impact Study for a Wyoming Black Hills mountaintop-removal mine that would take rare earth minerals in the Belle Fourche watershed.

At least 23 prehistoric sites near Devils Tower National Monument, some of which are archaeological treasures eligible for the National Register of Historic Places, are also at risk to an 8000-acre expansion of Australia’s largest US aquifer uranium mining operation.

$20 bucks says the black bears, wolves, and moose sighted in the Black Hills are migrating from the Bighorn Mountains in Wyoming down the Tongue River across the Powder to the Pumpkin Buttes where the Cheyenne and Belle Fourche Rivers begin then go up Beaver Creek near Newcastle into upper Castle Creek and down Rapid Creek to the Black Fox/Rochford area.
Posted by larry kurtz at 7:21:00 AM No comments:

US governors convene in Santa Fe

Yes, that is the back of South Dakota Governor Denny Daugaard's head in the Santa Fe New Mexican photo below.

"Gov. Steve Bullock filled the bill. He is a Democrat from Montana, a state geographically larger than New Mexico but with only half as many people." https://t.co/oIRUgR2jSe via @thenewmexican #mtpol #mtnews
— interested party (@larry_kurtz) July 22, 2018


Hey, Governor Bullock don’t shank Montana like Brian Schweitzer did. Run for the the seat Steve Daines warms. Bullock is leaving office a winner; Daugaard is leaving as a failure who divided his own political party and made South Dakota a perpetual welfare state and permanent disaster area.


Honored to take over as the Chair of @NatlGovsAssoc today. A big thanks to my fellow governors across the country for entrusting me to lead our bipartisan work for the next year. pic.twitter.com/TqVCs9CWKB
— Steve Bullock (@GovernorBullock) July 21, 2018

Email ThisBlogThis!Share to TwitterShare to FacebookShare to Pinterest
piled in I-25, montana, montana politics, us politics

Email ThisBlogThis!Share to TwitterShare to FacebookShare to Pinterest
piled in Earth, I-25, ip 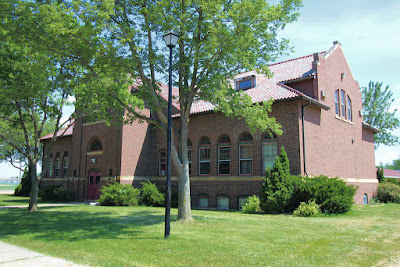 Randy Stuefen is also a St. Mary's alumnus and was a senior when I was a freshman at Elkton High School.

As many young Elkton men did he went into the US Air Force after graduation during the Vietnam era then returned home to enroll at South Dakota State University on the GI Bill. In those days returning service members brought Sansui and Pioneer stereo equipment back to the States. He turned me on to Mason Proffit, Commander Cody, Dr. Hook, Thai stick, Panama Red and Michoacán.

Around 1972 he and his brother, my boyhood friend Roger, left their folks' house and rented a space in the Hawrysh Apartments in Brookings and I moved to Minneapolis for a year. Roger dropped out during his first semester at SDSU right after their mother died and moved to Mitchell for technical school. In '73 Randy introduced me to Mark (Spiro) Speirs, Paul Anderson and Gary (Hairy) Ellingson when they lived in the Sugar Shack near downtown Brookings after I enrolled at SDSU.

When Paul got married in the mid-80s Spiro, Art Young and i enlisted Spearditch pilot Mark Farrier to fly us to Madison for the wedding and during our return flight a tornadic thunderstorm forced us to land at the Pierre Airport. By sheer coincidence as we were walking out to get something to eat Randy and his wife, Betty just happened to be driving by, took us to dinner then put us up for the night.

After graduate school Randy moved to Vermillion, joined the University of South Dakota faculty then developed a theory of South Dakota’s dual rural and urban economies. Last we met was at the Bay Leaf Cafe in Spearditch somewhere around 1997.

Randy must be exceedingly disappointed he's leaving while South Dakota’s economy is in the shitter.

Previously posted at The Dakota Progressive.
Posted by larry kurtz at 8:13:00 AM 3 comments: 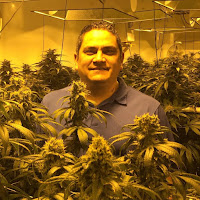 Recall officials of the Flandreau Santee Sioux Nation advanced their cannabis initiative after an Iowa casino on the border cut into the tribe's gaming business.

Washington's Suquamish Tribe was a pioneer in the cannabis industry signing the first cannabis compact with any state. Governed by tribal law and by conditions in the compact they operate a retail cannabis shop just across Puget Sound from Seattle on the Port Madison Indian Reservation.


A response to May 9th's feature "Native American Talks Hemp Regulation and Genocide" is in order. In the article, reporter Harmony Birch quotes visiting Lakota Alex White Plume stating ""On the East Coast here there's no more natural Indians. They were wiped out because they have 511 years [of colonization] we've only had 200 years of contact so we're still real," he said of the Lakota. "Our language is real, our ceremonies are real. We're still alive; we still remember." White Plume was in town as an invited speaker, along with scholar Norman Finkelstein, at an event organized by Brattleboro Common Sense, a local organization. The event was an exploration "about the similarities between the treatment of Palestinians in Gaza and Native Americans." In the case of White Plume, this is known as lateral violence. [Brattleboro (Vermont) Reformer]

American Indians are subject to at least four overlapping jurisdictions making tribes the most regulated people in the US without representatives serving in Congress. Every federal department and agency already recognize Native America as the 51st State. While the Palestinian homeland looks like holes in the slice of Swiss cheese analogous to the illegal Israeli state, progress toward resolutions of Native trust disputes would have far more political traction after tribes secede from the States in which they reside and then be ratified to form one State, the 51st, sans contiguous borders with two Senators and two House members as there are an estimated 2.5 million indigenous living on reservations.


"It’s time to reform American’s outdated marijuana policies," said Sen. Elizabeth Warren (D-Massachusetts). The STATES Act, she added, would "let states, territories and tribes decide for themselves how best to regulate marijuana – without federal interference." The STATES Act doesn't just address marijuana. It removes federal restrictions on industrial hemp, ones that have kept tribes like the Menominee Nation and people like Alex White Plume, a citizen of the Oglala Sioux Tribe from using their lands to grow a plant that does not carry the same drug characteristics as cannabis. After a decade-long fight, White Plume secured a major victory two years ago when a federal judge lifted an injunction against his hemp farm on the Pine Ridge Reservation in South Dakota. [Indianz]

For the record, this blog can't support widespread growing of industrial cannabis (hemp), especially on tribal lands because it is an invasive species capable of overgrowing native grasses. It was introduced to the western hemisphere by the Spanish in the south and in the north the colonizing Europeans began seeing the Powhatan population growing it around 1609. But, today why anyone would want to buy genetically engineered seed from Bayer Crop Science/Monsanto or some other earth hater every year remains a mystery.

The never ending wall of hemp I am tasked with cutting down to make way for prairie grass #helpme ;) pic.twitter.com/0cEyqQYjaY
— Jane Fleming Kleeb (@janekleeb) June 27, 2015