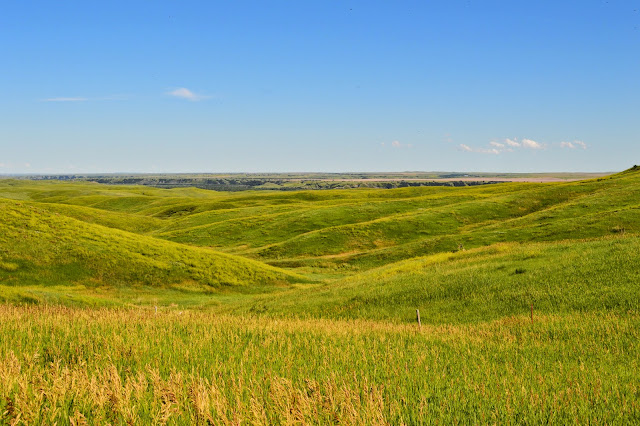 White River at Stamford, South Dakota where the only sound was that of bees working the record sweet clover.
On orders from the Trump Organization’s Ag Secretary Sonny Perdue and Governor Mark Gordon, the Forest Service, the US Department of Agriculture and the Wyoming Game & Fish Department sprayed the herbicide Rejuvra® with a helicopter on cheatgrass in a 9,200 acre area within the Mullen Fire scar near Laramie, Wyoming with the goal of reducing, maybe even eradicating its presence. People recreating on the Medicine Bow-Routt National Forest were urged to avoid the kill zone so imagine the effects on native pollinators and cervid genetics.

The western bumble bee was once common in western North America, but increasing temperatures, drought, and pesticide use have contributed to a 57% decline in the occurrence of this species in its historical range, according to a new U.S. Geological Survey-led study. The research team found another reason for the reduced distribution of the once common western bumble bee in a pesticide use dataset spanning 2008-2014: a group of insecticides called neonicotinoids, which are commonly used in agriculture. In areas where neonicotinoids were applied, the western bumble bee was less likely to occur and as the rate of neonicotinoid application increased, the bumble bee’s presence declined further. [Climate change and pesticides imperil a once common pollinator]

Bats are important yet often misunderstood mammals. Here’s why bats are nature’s nocturnal heroes and how you can help: https://t.co/UOo2oYpoDq 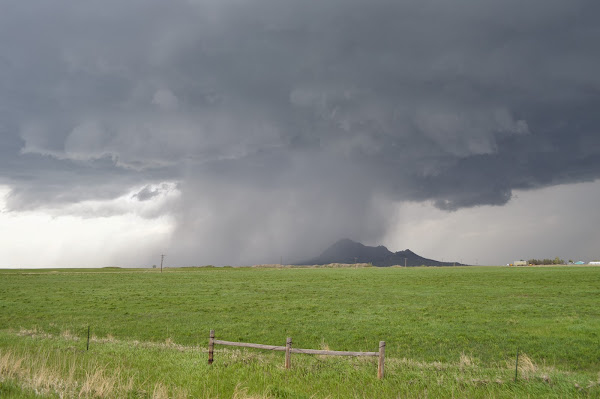 Insurance agent Ryan Maher is an Earth hater state senator from Isabel, South Dakota who is greased by the American Legislative Exchange Council (ALEC) and the Qochtopus. Maher's political party is all about South Dakota being a perpetual welfare state and permanent disaster area where socialized agriculture, socialized livestock grazing, socialized coal, socialized military insurance, socialized timber harvest and a virtual medical industry triopoly are simply ways of life.
Maher's far white wing of the Republican Party wants a not so civil race war because oligarchs fear an admission of guilt implies liability and they will be compelled to pay reparations to Indigenous and to the descendants of enslaved people.

Dewey County is one of a few South Dakota counties that is within a Native American reservation, in this case the Cheyenne River Reservation. The county’s population is 79% Native American, according to the 2020 census. Maher, who lives in Dewey County and whose district includes Dewey, Butte, Corson, Harding, Perkins and Ziebach counties, filed the bill in response to the effort, citing the potential cost associated with moving the county seat and the influence of non-Dewey County residents on the process. Eagle Butte straddles the Dewey and Ziebach county lines, and some petition signers last year were Eagle Butte residents of Ziebach County.  [Bill would make it harder to move county seats; opponents call it ‘antidemocratic]

The Wanblee district should be in Oglala Lakota County then Jackson should be rolled into Stanley, Haakon, Jones and Lyman Counties. Mellette, Bennett, Todd, Gregory and Tripp should be one county. Dewey, Ziebach and Corson should be a county. Butte, Harding and Perkins should be one. Lawrence and Meade should be one; Fall River and Custer should be one.
We all know Republican South Dakota Governor Kristi Noem is a racist but now my home state has gone from being America's laughing stock to becoming a co-conspirator in ethnic cleansing. She backs the repeal of the tax on groceries so tribal entities weren't even consulted on the bill's impact. SB 56 passed with 31 Earth haters voting for it while four Democrats said no. It goes back to the Republican-glutted South Dakota House of Representatives for further insult to the tribal nations trapped in the state.
During the Trump era the Cheyenne River Sioux Tribe was heavily targeted with biological warfare.

Learn more at Indian Country Today Media.
ip photo: Mato Paha is dwarfed by Wakíŋyaŋ.
Posted by larry kurtz at 7:04:00 AM No comments:

Cheyenne on board with Front Range passenger rail 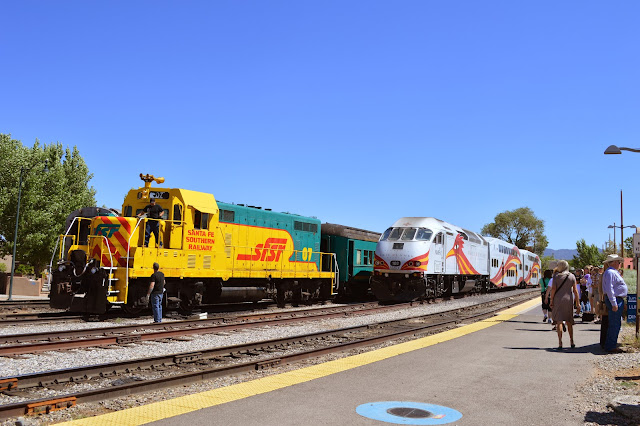 Look on the bright side, South Dakota. It's not in President Biden's rail plan but if someday Amtrak connects the Southwest Chief at Pueblo or Trinidad, Colorado to the Empire Builder at Shelby, Montana through Denver and Cheyenne there might be a depot at Edgemont.
Coal is dying but thanks to union members and Joe Biden the infrastructure and rail rights-of-way remain intact.

“Cheyenne’s economy is inextricably linked to the Front Range,’’ Dale Steenbergen, president and CEO of the Greater Cheyenne Chamber of Commerce, said. “It is important for us to keep our efforts aligned and on track. Passenger rail is a major step in building the future of transportation in our region.” Tom Mason, director of the Cheyenne Metropolitan Planning Organization, said his office has been closely involved with the Colorado project from the beginning. Once the Cheyenne leg is established, the rail service could eventually go on to Casper and into Montana, he said. [Passenger Rail is On Track between Wyoming and Colorado]

Nineteen Montana counties plus the Confederated Salish and Kootenai, Northern Cheyenne and Apsáalooke Nations have joined Big Sky’s march towards the restoration of the North Coast Hiawatha. Lewis and Clark County is home to the state capital and has yet to support the concept citing lack of service while Yellowstone County, the state's most populous, is holding out for more money.
All Aboard Arizona says passenger rail between Phoenix and Tucson is closer than ever.
ip photo: locomotives from the SFSR and New Mexico Rail Runner idle in the Santa Fe Railyard.
Posted by larry kurtz at 6:26:00 AM No comments: