In 1995, Bob Newland, South Dakota cannabis activist and founding principal in the state's Libertarian Party, registered me as a member.


Former New Mexico governor and current Libertarian U.S. Senate candidate Gary Johnson picked up the endorsement of Republican Sen. Rand Paul of Kentucky on Tuesday in his effort to unseat an incumbent Democrat. Paul shunned Republican nominee Mick Rich, an Albuquerque construction contractor and newcomer to politics, in favor of Johnson, who was elected governor of New Mexico twice as a Republican before running for president in 2012 and 2016 on the Libertarian ticket. Rich seized on the endorsement from Paul to highlight Johnson's support for recreational marijuana and to voice concern about hardline fiscal conservatism. [Sen. Rand Paul Backs Libertarian Candidate in New Mexico]

Both having fled the Republican Party Johnson and his running mate former Massachusetts Governor Bill Weld, campaigned in South Dakota during the tainted, likely illegitimate 2016 election. Weld talked in Spearditch as part of his whirlwind tour and Gov. Johnson did very well in Lawrence County - 7.9% was the best in the whole state. Having won 9.34% of the 2016 vote in New Mexico Johnson still enjoys pretty good support in the state and has just given $100,000 to his long shot campaign to unseat Democrat Martin Heinrich. Some analysts say Johnson's name on the ballot in Colorado won that state for Hillary Clinton.

Recognizing that maintaining 900+ known and covert US military installations is obscene I self-identify as a progressive Democrat with civil libertarian leanings. Confident Secretary Clinton would win New Mexico in 2016 Gary Johnson got my early vote for president at the Santa Fe County Fairgrounds despite this blog's view he was out of his depth in 2016, often seemed poorly advised on current events even lost in the weeds during the campaign. He has told supporters he won't run for president in 2020.

An interview with Johnson aired on Bill Janklow's idea of public radio.
Posted by larry kurtz at 11:43:00 AM 4 comments:

Email ThisBlogThis!Share to TwitterShare to FacebookShare to Pinterest
piled in cannabis, I-25, public radio, sd politics 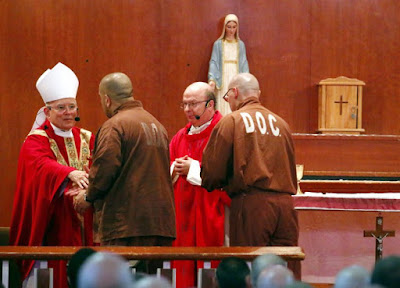 
In April, while the clergy sex abuse investigation was entering its final stretch, state Sen. Stewart J. Greenleaf R- Montgomery, introduced a bill that, among other things, seeks to sharply scale back a grand jury’s ability to issue reports and recommend changes in the law. Mr. Greenleaf, known for his work on criminal justice issues, chairs the Judiciary Committee. That panel in the last session gutted a bill that would have enabled a flood of new lawsuits by past victims against their abusers or the institutions that supervised them – a bill opposed by Philadelphia Archbishop Charles J. Chaput and other church leaders. [Clergy abuse case reflects simmering scrutiny of Pa. grand jury system]

Charlie Chaput is a short guy and Two-Spirit of the first order who entered seminary to dodge the draft, avoided service in Vietnam then served as bishop of Rapid City from 1988 to 1997.


Philadelphia Archbishop Charles J. Chaput this week praised a Catholic school for firing a lesbian teacher for being married to her partner, insisting the situation was “nothing complicated.” Chaput told the National Catholic Register in 2013 that members of “the right wing of the church” have generally “not been really happy about” about Pope Francis. [Philadelphia archbishop praises firing of popular lesbian teacher as ‘common sense’ and ‘honesty’]

Catholicism is honesty like gonorrhea is charity. Being six feet under allows Chaput to be a crusader for kulturkampf and an unlikely defender of marriage equality.


Chaput is a professed Capuchin and has a reputation as an outspoken conservative. A member of the Prairie Band Potawatomi tribe, he is the second Native American to be ordained a bishop in the United States, and the first Native American archbishop.


Chaput didn’t grow up in the Potawatomi culture, but he told The Topeka Capital-Journal in 1998 when it named him a Kansan of Distinction that in the Diocese of Rapid City where more than 40 percent of Catholics are American Indians, he discovered his own native roots.

Although nothing untoward ever happened to me as an altar boy for Fr. Louis J. Miller at Our Lady of Good Counsel my girlfriend in high school told me their family attended Mass in Aurora because Miller had done something bad in Alaska then was transferred in the late 1950s to the Elkton parish under Sioux Falls cleric, Lambert Hoch. Hoch was born in Elkton. Marlboro-smoking, scotch-drinking Louis Miller was elevated to monsignor, built a gorgeous church and grade school, coached St. Marys basketball then was decapitated in an automobile accident near Pierre in 1968.

Leonard Fox, the bean-counter who succeeded him and assigned to pay the bills was a greasy sleazeball who drove me from catholicism.

Now, both South Dakota dioceses are up to their areolae in debt to the white christianic ruling class for covering up crimes committed by pederastic priests where Catholic congregations and the state's legislature have engaged in obstruction of justice for decades.

Bernie v. Blue Cloud Abbey was one of several cases that ended up before the South Dakota Supreme Court alleging church officials at the time covered up serial sexual abuse taking place at the compound. After helping to broker the sale of the abbey Watertown member of the Church of the Holy Roman Kiddie Diddlers, Lee Schoenbeck, aided by lobbyist Jeremiah Murphy, forced the South Dakota Legislature to pass laws covering up countless crimes committed by their sect by enacting statutes of limitations. 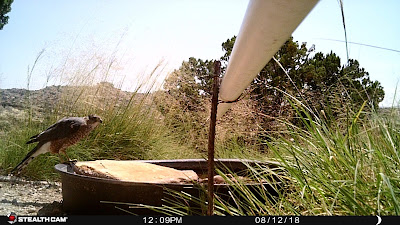 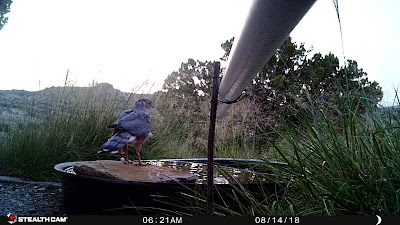 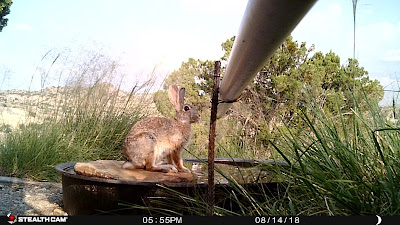 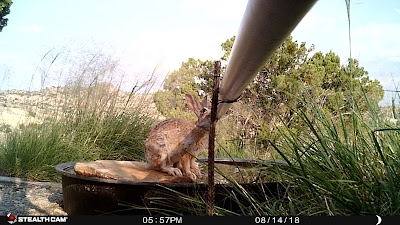 Our Lady of the Arroyo and Neighbor Nancy sprang for a motion-activated trail camera for my birthday which i mounted near the wildlife waterer under the windmill at the casita. After editing some 3700 images these two sets remain. Enjoy!