Collectivism is arguably the most important feature binding every surviving human culture on the Earth today yet modern purely socialistic societies have struggled with longevity. Why? Probably because US capitalists have warred against any and all efforts at pure socialism around the globe since it was defined in the modern sense even as those wars are bankrupting America today.

It's estimated christians have slaughtered some 100 million Indigenous in the first one hundred years after landing in the New World. Capitalism has destroyed hope in Indian Country where throughout herstory family and community have been more important than money and consumerism for countless generations.

Former pastor and South Dakota legislator, Steve Hickey has asked me not to publish it but I have a rough draft of an abstract written by his daughter, Katherine, that seeks reconciliation with tribal nations whose lands were seized through colonization with land repatriation as reparation. But it's missing an important aspect of reconciliation: that most indigenous peoples are socialists even in post-colonial times and it's my view no discussion of reparations can be conducted without that acknowledgement.


From my end of the state I’ll continue to push the formation of a Truth and Reconciliation commission like the one that helped S. Africa get past the atrocities and racial tensions after apartheid. There have been 40 such commissions worldwide since the first and most famous one in S. Africa. They have gone by a variety of names. The one in Peru was called a historical clarification commission. They have worked to move societies out of a painful past and contentious present into a good future together. You can continue to be stuck and stubborn your present attitude and mindset but we are all worse off for it. My view is we need leaders who also lead the conversation and are willing to engage the public on blogs and in the press. If you want someone who sits there and goes along and does and saying nothing noteworthy please help that someone beat me this upcoming election. [comment, Rep. Steve Hickey]

Natives weren’t socialists. They didn’t take from their people via coercion and violence and redistribute. And neither was Jesus a big govt socialist taking, via laws (gun to head), money and redistributing it. pic.twitter.com/KOWIc83Lvt
— stevehickey (@stevehickey) January 25, 2019


Although the term “socialist” wasn’t widely used until the nineteenth century it's of little consequence as it has existed in its purest form for nearly all of human history. Indigenous cultures lived in collectivist economies long before migrating to this hemisphere. No doubt Steve believes any and all reparations and land repatriation should go to individuals and not to the tribes.


A series of questions could be asked: Who manages the resources? Do you, as a worker, have control over your worksite and schools? Do you decide if your leaders are developing business relationships with Israel or other corporations? What are Native-owned corporations doing in your community? The majority of Natives work off of reservations for a boss at a corporation, so this has to be a major factor in understanding the position of Native people as workers. [Socialism, solidarity and the Indigenous struggle]

In 2010 now-deceased Republic of Lakotah activist, Russell Means, accused Senator John Thune (earth hater-SD) of a breach in his fiduciary duty as sworn in his oath of office. Mr. Means believed the Bureau of Indian Affairs (BIA), part of the US Department of the Interior, has been violating Racketeer Influenced and Corrupt Organizations (RICO) statutes within Mr. Thune's full view. The accusation came on the heels of an American Civil Liberties Union (ACLU) lawsuit seeking evidence of Indian Health Services (IHS) coercion in Pitocin-induced births on the Cheyenne River reservation because doctors were on a schedule and couldn't be bothered waiting for a natural childbirth yet IHS is notoriously slow in providing reproductive health services.

The responsibility of the United States to the needs of tribes was established in 1787, is based on Article I, Section 8 of the Constitution, and has been given form and substance by numerous treaties, laws, Supreme Court decisions, and Executive Orders.


To conclude, most health care related services that exist today are “natural monopolies” which should be both controlled AND managed by Congress, which means Congress must have power over how much the employees of these monopolies are paid, to assure that their wages and salaries are truly competitive, just as it does now with the salaries of postal workers, military personnel, and other government employees. [Control and Management of Monopolies: Why It Matters]

In 2011 Cara Hetland interviewed Avera Health Services representatives on Bill Janklow's idea of public radio in a discussion of access to rural health care. Red states insist that private enterprise provides the best health care yet Planned Parenthood is discriminated against in favor of mega-hospitals like Avera. Avera is a federally-subsidized catholic hospital operating as an oligopoly, funneling money to parishes paying settlements or hush money for the sins of predatory priests paid for by insurers and patients.

There is a growing movement among Democrats and others to fund Medicare for all but I like the idea of rolling the funding for Obamacare, TRICARE, Medicare, the IHS and the Veterans Affairs together then offering Medicaid for all by increasing the estate tax, raising taxes on tobacco and adopting a carbon tax. New Mexico has a high number of people with insurance through Medicaid and like South Dakota many are American Indians.

Steve Hickey, his daughter and the South Dakota Democratic Party should advocate for paying the tribes and settling the Black Hills Claim, dissolving the Black Hills National Forest, moving management of the land from the US Department of Agriculture into the Department of Interior in cooperation with Bureau of Indian Affairs Division of Forestry and Wildfire Management. Mato Paha (Bear Butte), the associated national grasslands and the Sioux Ranger District of the Custer/Gallatin National Forest should be included in the move.

Rewild it and rename it Okawita Paha National Monument eventually becoming part of the Greater Missouri Basin National Wildlife Refuge connecting the CM Russell Wildlife Refuge in Montana along the Missouri River to Oacoma, South Dakota combined with corridors from Yellowstone National Park to the Yukon in the north and south to the Canadian River through Nebraska, eastern Colorado, western Kansas, Oklahoma, New Mexico and Texas. 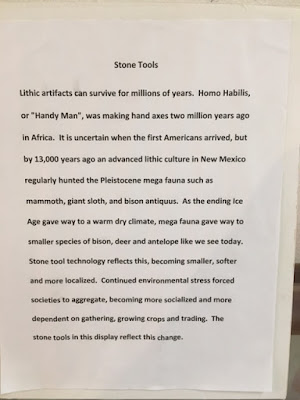 Today in selective outrage from my home town of Elkton: "https://t.co/jUXd4BlwGf news was first contacted by PETA in December to look into a suspension that was issued in November of 2018." https://t.co/cmVWCNfGur #sdleg #sdgov #ecocide https://t.co/3cyeZTffSn
— interested party (@larry_kurtz) January 26, 2019


Several people tagged PETA in their reply in an effort to get a response from the animal rights organization, and one person asked whether it was a parody account. [Noem takes flak over 'we need to kill more coyotes' tweet]


Sinkebell shot what he thought was the biggest coyote he had ever seen near an old farmstead 5 miles east and 3 miles south of Parkston. Though wolves are protected in South Dakota, no charges were made as it was a reasonable case of mistaken identity. [Wiltz: A large wolf surprises Parkston area hunters]