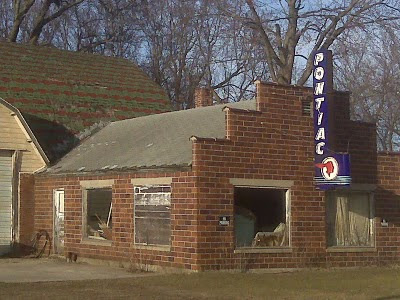 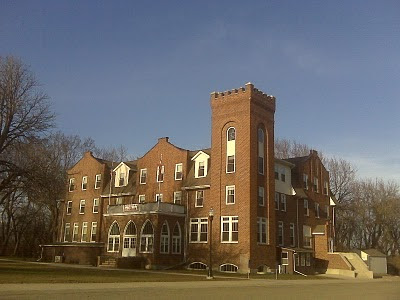 Some photographic results of a loop through east-central Minnesota. These lovelies are in Tyler.
Posted by larry kurtz at 8:17:00 AM No comments:

It happened at Big Timber 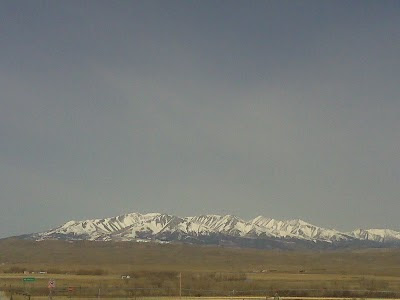 Some really crazy mountains
At some landmark along the 914 mile-long carbon footprint that I routinely smear on one or another path connecting Basin with Elkton, it always dawns on me: some two hundred years ago, in what took a REALLY intrepid pathfinder at least three weeks on a horse (or more likely, two months on foot) to traverse, I'm going to do in about fifteen hours. I-90, now just another American entitlement, stalks the Yellowstone River between Livingston in the west then abruptly abandons her just east of Billings and plunges southward into the Crow Nation.

The middle-aged Saab, looking and smelling like just another battered whore of European machina negotiating her way through the holy lands of the Fourth World, oozes off the slab at the Bighorn Battlefield where US212 diverges to become the Warrior Trail. After Busby, Rosebud Creek, Lame Deer and, while the Tongue River carves the west side of the red shale tribal hills that so conspicuously dissolve into the relentless white muds of the Powder River pressing from the east, Wyoming Public Radio briefly weighs in at 91.5.

There's espresso in Broadus and an IGA whose pharmacist, a self-proclaimed Christian patriarchalist, has infamously refused to dispense those prescriptions that he says violate some cultist tenet that metacedes American constitutional law. They sell beer and cigarettes, though. Broadus has the look of one of those western towns where you know everybody is packing.

The crossing at the Little Missouri River punctuates a sighting of the Bear Lodge Mountains and forecasts the appearance of Alzada, the hardscrabble frontier hamlet on 212 where Henry Weinhard's Blonde Ale can (at this post) still be found. Maybe, Rob and Diane would consider the permit that would pioneer Montana's Stoneville Saloon as South Dakota's closest medicinal cannabis dispensary. One of the most beautiful drives in the Wyoming Black Hills beckons from Hulett and the Tower, south.

At Colony (Halliburton, really), an apparition of Bear Butte erupts from the roadway as Crow Peak and her sisters blacken the southeastern horizon. Soon, the highway sign that no longer bears the warning that Bill Janklow is governor welcomes another contestant into the Thunderdome.

Leaving 212 at Belle Fourche is bittersweet, as joining it is a savored passage westbound. A loyal vessel gears onto SD34, winds wistfully through St. Onge, then forces its way onto I-90 at Whitewood, nine hours from the Odd Goddess of Basin. Six hours to go.
Posted by larry kurtz at 8:34:00 AM No comments: