Lee Newspapers are infamous for publishing mugshots and the Billings Gazette is among the worst offenders.


Hunter Pauli, a freelance journalist in Montana, says he quit his job at a Lee Enterprises newspaper last year in part because he had to write so many stories about people accused of minor crimes. [Columbia Journalism Review]

Larry, there's a reason I rarely share judicial process stories from any publication. My choice has less to do with tainting due process and more to do with justice not being a poor man's game.

Email ThisBlogThis!Share to TwitterShare to FacebookShare to Pinterest
piled in manifesto, montana, montana politics, us politics 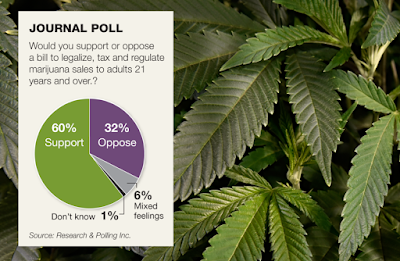 
In an interview, Webber said there are numerous reasons for New Mexico to join the other states that have legalized marijuana for recreational use. “It is broadly supported, it is a new source of revenue and by making it legal, we will stop wasting our law enforcement resources on something that is really a victimless crime,” he said, adding that the state should still be concerned about youth using marijuana, as well as people who “overindulge.” “I think it’s an intelligent step, and the state, I think, would be well served to get in line for legalizing and regulating cannabis,” the mayor added. [Santa Fe New Mexican]

It is the view of this blog that edibles should only be available to patients suffering from debilitating diseases, disorders or conditions and be dispensed by pharmacists and taxed like other prescriptions.

Legalizing and regulating a product that so many people enjoy is reasonable public policy aligned with life/safety concerns but giving a monopoly to Ultra Health only feeds Big Dope.

My preference is craft growers would also be marketers like vineyards and brewers subject to state inspections. Revenue debate needs to be done in committee in concert with tribal officials interested in forging compacts.
Posted by larry kurtz at 8:16:00 AM 2 comments:

Email ThisBlogThis!Share to TwitterShare to FacebookShare to Pinterest
piled in cannabis, I-25, tribes

The whimper heard round the world 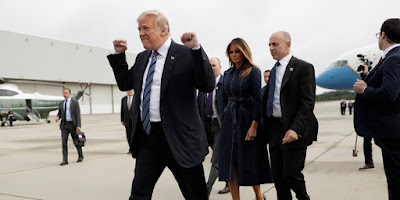 The Supreme Court of the United States caused 9/11.

Al Gore would have retained Bill Clinton’s security apparatus as the intelligence community was connecting the dots Mossad and IDF were leaving ahead of the event. Angel would not have been in the air that day if the plot had been uncovered. Yes, I believe that 1, 2, and 7 were "pulled." That the buildings were dropped into their footprints with explosives during what some describe as a military/Deep State coup is entirely plausible.

As we circle back to the events of 11 September, 2001 it's important to remember that had SCOTUS actually heard Bush v. Gore and ruled for Al Gore rather than upholding Jeb’s secretary of state (massive election fraud in Ohio notwithstanding) the entire head-lopping W performed on the chain of command would have been avoided. And, when you're appointed POTUS by your brother(s) or your father, you lop all the heads of those with whom you do not agree when you come to office because you're focused on deposing Saddam, the winner of the first Gulf War. CIA analysts were threatening to resign ahead of the event as the Bush cabal bobbled the ball.

False flags, disaster capitalism, endless war: anyone who believes America is safer because of a military filled with mercenaries is delusional.

The US is still in Afghanistan today to control the heroin trade that finances the Deep State. Saddam was hardly a saint but Iraq was a whole nation in 2003 and not a bag of flaming dog poo like it is today. After John Thune and the Republican establishment blew the Middle East country apart they began wrecking the American economy during the collapse that Barack Obama and the Democrats averted. Nearly $6 TRILLION has been spent by US murdering civilians with the weapons of hate since 2001.

When Obama ridiculed Donald Trump at the White House Correspondents Dinner that was the last straw so Trump got even by blackmailing the Obama Administration, the CIA and the FBI who were laundering money through the Trump Organization. Hillary Clinton was muzzled by the Obama White House so was Jim Comey. Now Trump and the Mob have their eyes on dox about every single American.

There is little doubt in my mind that damning evidence linking the Trump Organization to the Port Authority and beyond was destroyed on 9/11. It’s impossible the Obama Administration didn’t know Donald Trump was being installed by a hostile government. The Deep State put Trump in the White House because they're the Mob, too and he’s leveling the other guys’ poppy fields and heroin distribution with bombers from South Dakota while leaving the friendly opiate trade to flourish. The Trump Organization is an equal opportunity money launderer doing it for CIA and other Deep State actors for decades.

North Korea doles out meth like it was candy. Trump is simply seeking a direct route to Kim’s North Korean narcotics manufacturing and distribution networks. Ending some military exercises frees Kim to distribute over a wider market and launder the proceeds through the Trump Organization.

Trump hasn’t released his financials because they show the paper trail leading to every White House since probably Eisenhower. Fred Trump is a JFK assassination conspirator hence those dox are being held up, too.

Frankly, America can’t handle the truth. A coup has taken place at the White House but Mike Pence is no more legitimate than Trump is. In a real liberal democracy or democratic republic Paul Ryan would be POTUS and Orrin Hatch would be VPOTUS.

Had Hillary Clinton been elected the US House would have already impeached her and the Senate would be debating her removal.

Scalia’s view is much more black and white. “The Constitution that I interpret and apply is not living, but dead,” he famously said. Scalia contends that the Constitution is not flexible and its meaning cannot change over time. To allow the Constitution's meaning to morph over time, he contends, just allows judges to say it means whatever they want it to say.

Not so, Breyer says.

“People think we decide things politically,” Breyer says, “or that the only way to protect against subjective views of judges is to have something called originalism, which is as if you could reach decisions by means of an historical computer. I don't think any of those things are true.” [History Through A Supreme Court Justice's Lens]

The Fresh Air interview with Justice Breyer is linked here.

It seems important to add that Justice Scalia had been the longest serving member of the Court, resided in McLean, Virginia, and was a devout, traditionalist Catholic uncomfortable with the changes in the Church caused by Vatican II. Scalia prefered the Latin Mass and drove long distances to parishes which he felt were more in accord with his beliefs.

Now, another member of the Church of the Holy Roman Kiddie Diddlers, Brett Kavanaugh, has ruined Christine Blasey Ford's life, his own life, his marriage now he's poised to ruin America.

From Peter Henriques via the Billings Gazette:


One of George Washington’s most important and far-reaching decisions made as president revolved around the question of whether he would sign into law a bill establishing a national bank. Alexander Hamilton, his brilliant secretary of the treasury, argued for such an institution and justified his action by seizing on Article I, Section 8, of the Constitution, which endowed Congress with all powers “necessary and proper” to perform tasks assigned to it in the national charter.

In short, Hamilton posited that there were “implied” powers in the Constitution as well as “enumerated” ones. Thomas Jefferson was aghast at such implications and prophesied that for the federal government “to take a single step beyond the boundaries thus specifically drawn is to take possession of a boundless field of power.“

Washington saw it differently and signed Hamilton’s controversial national-bank bill. With a stroke, he endorsed an expansive view of the presidency and made the Constitution a living, open-ended document. The importance of his decision is hard to overstate, for the federal government might have been stillborn had the president rigidly adhered to the letter of the document as urged by Jefferson.

In seeking to reconcile Hamilton and Jefferson (whose views were every bit as divergent as those of the Tea Party and Obama are today), the president eloquently urged forbearance: “I would fain hope that liberal allowances will be made for the political opinions of one another; and instead of those wounding suspicions, and irritating charges there might be mutual forebearances and temporizing yieldings on all sides, without which I do not see how the reins of government are to be managed.” [History shows Washington saw Constitution as living document]

North Dakota scholar Clay Jenkinson describes himself as an historian who initially thought Jefferson was quirky, mired in the Enlightenment and sided with Justice Marshall in Marbury v. Madison establishing the principle of judicial review in the United States. Marbury affirmed that courts have the power to strike down laws, statutes, and some government actions that contravene the U.S. Constitution. Jenkinson has rounded back to the Jeffersonian model, believes that Jefferson would be horrified to learn that the US is operating with a 242 year old manual and says we are long overdue for a Constitutional Convention.

This country's founders never expected the US Constitution as written to last more than ten years and most predicted it would be rewritten every generation. Thomas Jefferson wrote that a standing army would lead to military adventurism, would ultimately turn on its own citizens and that has happened. Now, we've become the Hamiltonian Empire Thomas Jefferson warned us about so thanks to the GOP we are witnessing the end of the republic as we have known it.

After painting Barack Obama as the antichrist we're watching evangelicals fawn over Trump as their Righter of Wrongs. It's horrifying in its duplicity. The End Times fulfill a prophesy and welcome a supernatural extraterrestrial to create a one-world government. No higher being could be anything but predatory. It's dystopian fantasy run amok.

No Middle East leader is more unstable than Bibi Netanyahu. Now, Putin and Mossad have dox on every GOPer in Congress and Trump has ordered a plan to declare martial law and suspend elections. Expect another October Surprise.

America has brought this on itself since radical christianity has murdered millions but you know what scares me?

Donald Trump has escalated his war on civilians and someone from Yemen, Somalia or some other shit hole country seeking retaliation could simply roll a truck bomb into Rapid City Central or Sioux Falls Lincoln High School after an Ellsworth-based drone pilot or some jock from the 114th Fighter Wing targets a wedding party or religious service.

Thank you, Nino Scalia, for reminding us why Democrats need to control the federal bench.