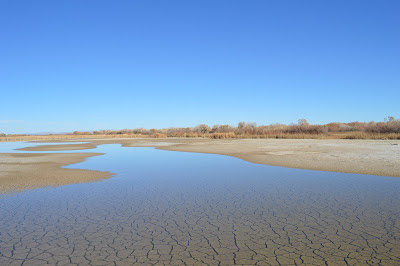 Water wars are hardly new in the Southwest. Texans backed earth hater Susana Martinez for governor believing they could call in favors after she was elected.
Now, water use goes to the Supreme Court of the United States. New favorite journo, John Fleck sez at the ABQ Journal:


The suit also names Colorado, as a third party in the compact, as a defendant. But the brief makes clear that Texas’ beef is entirely with New Mexico’s water management.

From an AP report posted at a local teevee outlet:


The Texas Commission on Environmental Quality said the litigation was filed after negotiations with New Mexico were unsuccessful. The agency says New Mexico is violating the 1938 Rio Grande Compact that governs how water is shared by Texas, New Mexico and Colorado.

But New Mexico Attorney General Gary King said a 2008 agreement between two water districts unfavorably changed the allocation of water to his state. King said Texas is trying to force New Mexico to abide by an unfair agreement and called the lawsuit "tantamount to extortion."

Both states tried to resolve the issue in 2011, during negotiations that involved Rio Grande Commissioner Patrick Gordon, New Mexico officials and the commissioner of the Texas Commission on Environmental Quality.

New Mexico scored a D- in Public Integrity's accountability grading while Texas got a D+.

Nathan Johnson tells readers of the Yankton Press Dakotan that the US Army Corps of Engineers is reducing releases from Gavins Point on the Missouri River as downstream states also threaten legal action against the water-rich upper basin.

Stormwater is on trial in a number of cases according to SCOTUSblog.

Public Policy Polling is releasing results of recent rankings. Among them:

Colorado Springs boasts 13th gayest city in the US according to Advocate: Denver made honorable mention.

Why cannabis should be legal for adults: CNN.
Posted by larry kurtz at 6:57:00 AM

Email ThisBlogThis!Share to TwitterShare to FacebookShare to Pinterest
piled in cannabis, Earth, I-25, pix, public radio

Give him a hug for me please?