While a serial womanizer/physician whines about not being able to afford multiple mistresses on Liberty TeeVee today, the implementation of ObamaCare will control most medical industry abuses and provide relief for those unable to afford treatment for asthma.

Red flag warnings=red state collapse. This map is evidence that livestock grazing is not the solution to climate change or to saving the West: 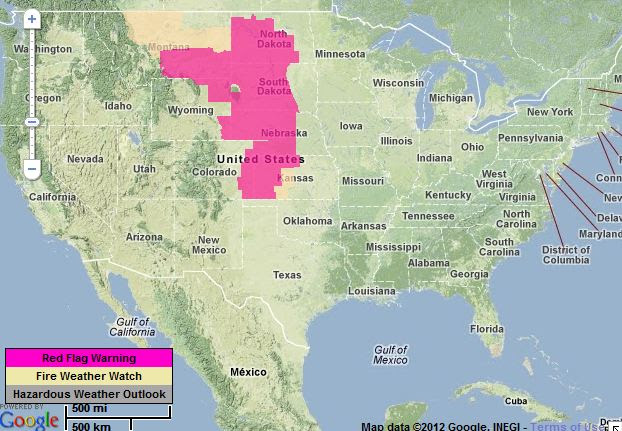 From the Edmonton Journal:


A joint study by biological scientists Rebecca Rooney, Suzanne Bayley and David Schindler and published online shows the pitfalls of failing to rehabilitate land mined for bitumen to its original state. The authors also say the “destruction” of more than 29,500 hectares of peatland habitat means loss of carbon storage. Essentially, with the loss of peat cover, the contribution of oilsands development to overall carbon emissions and climate change could grow substantially, they say. “The boreal forest is the world’s largest and most important forest carbon storehouse ... but its continued storage depends on future management practices.”

May Goddess have mercy on us all.