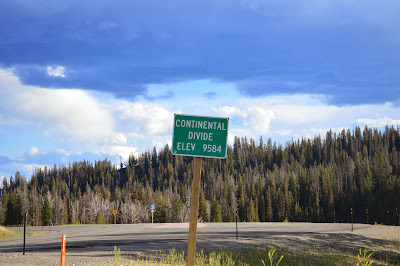 The Government Accountability Office documented more than 350 incidents of threats and assaults against federal land management employees during the Obama years but spurred by Donald Trump there have since been many more culminating in an attack on the US Capitol.
Trump's first Interior secretary blamed wildfires in the West on those he called “radical environmentalists” despite most acres burned were on private ranch land in Republican counties. On the final day of Trump’s presidency his last Interior secretary even restored a grazing permit to the Hammond Ranch who had set fire to federal land. Only a tiny fraction of public lands offered by the Trump Organization to the extractive industries were even leased yet Republicans see the Biden White House as hostile to their causes especially after the Hammonds' grazing permits were again rescinded.
In 2019 Democratic New Mexico Representative Deb Haaland led a House subcommittee hearing on anti-government extremism emphasizing that the violent ideologies expressed by the Bundy clan were spurred by white elected Republicans in the Mountain West. The Bureau of Land Management has even hired a security specialist to outline strategies to defend federal employees and property.
Not just the BLM, the US Fish and Wildlife Service, the Forest Service and at least 15 other federal agencies also suffered hits to morale while in the clutches of the Trump Organization.
Haaland will be confirmed as Secretary of Interior despite the racist bents of Wyoming Senators John Barrasso and Cynthia Lummis and the extreme white wing of the Republican Party. Montana Sen. Steve Daines, even called Rep. Haaland a “far-left ideologue” and a radical threat to the American “way of life,” another racist dogwhistle.

"I have a letter from the Northern Arapaho Business Council in Wyoming, and they are opposing the President's ban on leasing," Wyoming Sen. John Barrasso told Haaland before reading a section of the letter, which was addressed to the acting Secretary of the Interior. But Barrasso left out a key fact: The Northern Arapaho Business Council had written to him directly asking him to vote "yes" on Haaland's confirmation. "It was disheartening and disappointing," said the council's chairman, Jordan Dresser. According to Dresser, Barrasso entered the letter as evidence without the council's permission and used it in a way that was counter to the tribe's stated interest. [In Haaland, Republicans See A Threat To Fossil Fuels. Tribes See An Opportunity To Diversify]

Learn more about the Republican Party's war on the Earth linked here.
Photo: eastbound US20 on public lands in Wyoming.

“Zinke’s order for the government to reissue a 10-year grazing permit to the Hammonds this year ‘was arbitrary and capricious’ and unlawful.” #orpol #mtpol https://t.co/YLRoWmHhyF

Sen. Lummis' objection to @DebHaalandNM referenced a University of Wyoming study about the economic impact of Biden's leasing pause. About that study... (via @emilyhholden) https://t.co/JVQzjgezPR pic.twitter.com/4FJGNNgZkl