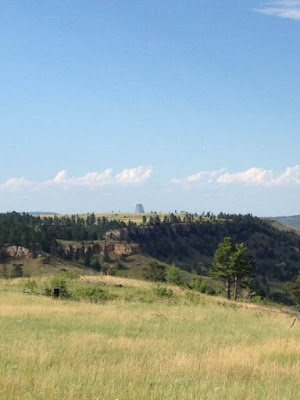 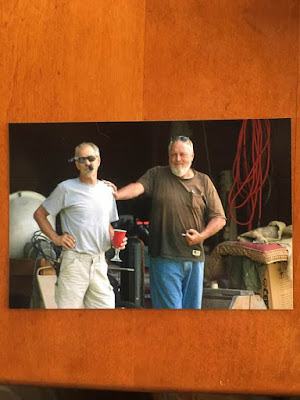 Photo was taken at Herb's folks' place in Indiana in 2015.

I met Herb in the alley behind Spies SuperValu in Brookings in 1976 and we have been close friends since. He was driving a '67 Buick Wildcat convertible, just one of the hundred or so rigs he owned during his life. Randy Stuefen was in the passenger seat. 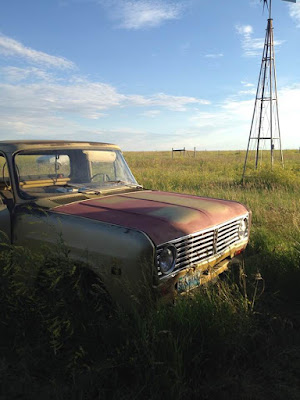 I stayed with Herb on Terry Peak for awhile in 1981 after moving back to South Dakota from Missoula. He married Christine Grindberg in 1979 and in the mid-80s he was the General Commissioner for the city of Sundance, Wyoming and as Deadwood's first full-time city planner he oversaw the town's utilities upgrade after gambling came to the Gulch. Back in 2010 Herb and ip were pondering the future of the Democratic Party after the TEA movement blew itself up taking the GOP with it. 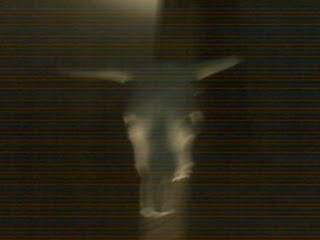 Moments afterwards, this image appeared for just long enough to get a photo as the cackling echoes died in the canyon. His ranch was about nine miles south as the raven flies from Devil's Tower. The house on the sandstone rimrock overlooking the Belle Fourche River with the deck view of the Bear Lodge Mountains looms in my memory as this is being typed.

Herb was a public radio devotee, had an extensive collection of vintage radios and actually coined the phrase, "Bill Janklow's idea of public radio."

We built, renovated and restored numerous properties together. He was my youngest daughter's godfather and will be missed.
Posted by larry kurtz at 8:44:00 AM

I didn't know Herb, sounds like some great memories. So sorry for your loss, Larry.

In 1995 he and i made the front page of the Rapid City Journal after he got flooded out of his house across US85 from the Centennial Quarry below Deadwood. He used to say i go through women like kids go through Happy Meals.

No doubt he will be missed by a great many... That Devils Tower area always seems to show me some airglow as the evening brings on the Milky Way. Amazing light.

Deb....I was just thinking about Herb, so googled him. So sad. What a great guy. We met at SDSU, many a good time. Many years ago we went on a sailing trip with my brother in the Gulf of Mexico. Such a great memory. Loved him dearly, RIP Herb.

Ron and Deb, right? He talked about that sailing experience all the time. I helped Ron survey a piece of property near Dell Rapids in the mid-70s, always liked him! Herb knew he was failing and was making sure his mom was going to be provided for.

Yes, Ron and Deb! I know we were at several parties together way back when! I talked to Ron today to tell him and he remembers you too. Had Herb been ill a long time? He was talking to me last night, I am sure of it. You have a great blog.

Great to hear from both of you! Yes, it's been ages. During a remodel in 2001 Herb took a fall, broke a bunch of ribs, punctured a lung then had a series of heart problems afterwards. His box of meds looked like a medicine cabinet and he hated it. He sold the ranch in 2015 and left Wyoming for Indiana with his trailer full of memories. We spoke in November and was trying to get things in order as he knew he didn't have much time left. Saw Doug and Tracy last in Deadwood when Spiro get married. Are you back in South Dakota, Ron?

Third try at getting my comment to post. I met Herb Haist in 1973 when he was an R.A. in Scobey Hall, an older, looser dorm at SDSU. Big, smart, genial, Herb figures in many of my college-era memories. My younger sisters & I fondly recall the Left-Handed Leo parties of August, and the kite flying on a hill on his farm, utilizing the constant prairie winds, is a favorite of mine. Still love his smile. --Lisa (Klinkel) Wolf Johnson

Thanks for your persistence and for the memories, Lisa!

Wow! Talk about out of touch. I just heard about Herbs passing. Needless to say a flood of memories came back. Rob Oviat kept me updated on Herb over the past few years. I'll never forget the many Brookings parties, grain bin experiences, DJ ing at his and Chris's wedding, and a Dead show or two. Walk on gentle giant...
Fred Andersen

Fred, thanks for checking in! Herb's brother Randy just called day before yesterday to bring me up to date on a memorial. Herb wanted his ashes spread over the ranch in NE Wyoming so that's being arranged. Their mom is still hanging on at 91 having lost three of her kids and a husband. Are you still in South Dakota?

Larry, Yes, i am still in Brookings. I'm retired and Brenda still working At SDSU. Would love to be kept up to date on the memorial. I can check here or if you prefer my e-mail is mbanders@swiftel.net Thanks, Fred

I just found this about Herb, and sad to hear the news. I worked for Herb during an unplanned staycation in the city of Sundance in the summer of 1983. Herb was a very decent and kind person. He really helped me during my stay in Sundance. I saw him again one year later at Orman Dam. I was sailing my Hobie Cat and saw him setting up his sail boat. I stopped to say hi, and assist him. I think of Herb often, and he will be sorely missed.
Mike Miller
Owasso, OK

Great to hear from you, Mike. I also sailed my Hobie at Orman Dam: have we met?

Yes Larry. I worked at TCF from 1976-1987. Being from the dysfunctional side of the Miller family, I got the hell out of there. I live in eastern Oklahoma, and have been sailing these lakes since 1987. But I do miss Orman Dam and Lake Oahe. Shoot me an email some time. I'd like to catch up with you. And I'm really sorry about Herb. He made a huge impact on me.
Mike Miller

Of course! I forgot you lived in Sundance for awhile! Always liked your dad and the Pop's Grabit and Growl sign hung in the Colonial House in Rapid but i don't know if the Besharas moved it to their new location on Rushmore Road.

“Big Dog”… I first met him at SDSU at “the Commons”’ which would become a classroom of sorts. It was there that he held forth on all sorts of musical, historical, philosophical , comedic and trivial knowledge...wearing his high school Future Farmers of America jacket, which I eventually was lucky enough to possess...I don’t know if it was on loan or what, but I know I never returned it!!

I saw Herb in northern Minnesota about a decade ago...I wish I would have cherished those moments, never dreaming they would be the last time I would have the gift of his presence...

I felt compelled to post these thoughts today, because I know that his ashes were just scattered over the land that he loved, his wishes granted...I just hope he knows how many out here loved him...’all the road runnin’”, Herb...roll on!!!

Thank you, Jacquie. I think about him every day.