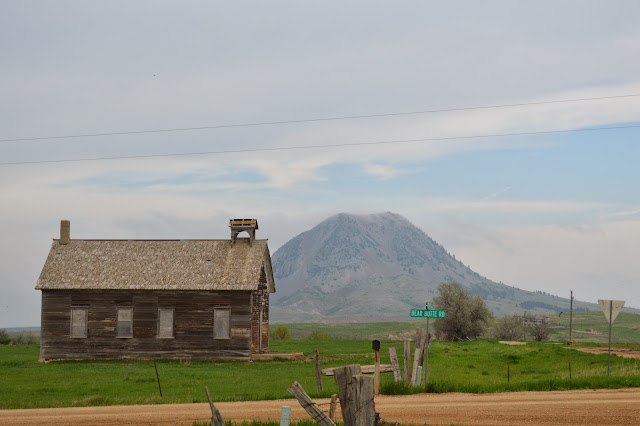 Citing a lack of use and hoping to flee the chemical toilet 2009 Powerball winner Neal Wanless has been struggling to sell a ranch northeast of Mato Paha in occupied western South Dakota.
After taking home some $88 million Wanless bought the parcel on the banks of the polluted Belle Fourche River and even moved a thousand feral horses diverted from Bureau of Land Management pastures onto the sprawling property. Including some four thousand acres of leased BLM land it's now been reduced to a mere $37.5 million from the $41.5 million it was listed for in 2020. Wanless is selling the property after marrying a Canadian and spending much of his time between British Columbia and Arizona.
In 2011 a fencing contractor sued tight-fisted, but self-proclaimed christian, Wanless for breach of contract.
In 2013 a Meade County resident who lives near a ranch owned by Republican former South Dakota Attorney General Marty Jackley's family lied to the Farm Service Agency about livestock losses after a blizzard buried parts of western South Dakota then spent time in federal prison and paid civil penalties.
As part of President Joe Biden's America the Beautiful Initiative BLM recently purchased about twenty acres of an old mining claim on unceded Lakota ground just outside the Deadwood city limits.
Today feral horses and burros on public lands number nearly 100,000 or about four times what the landscape can sustain without damaging habitat. In Colorado, Wyoming, New Mexico and seven other states the BLM adopts out, seeks private pastures for, and feeds the horses.
$20 says every well on Wanless’ Bismarck Ranch is contaminated with nitrates and heavy metal oxides. Nearly a century of residue from the Black Hills Mining District affects millions of cubic yards of riparian habitat all the way to the Gulf of Mexico. Although the Oahe Dam was completed in 1962 sequestering most of the silt the soils of the Belle Fourche and Cheyenne Rivers are inculcated with arsenic at levels that have killed cattle.
Endangered pallid sturgeon, paddlefish, catfish and most other organisms cope with lethal levels of mercury throughout the South Dakota portion of the Missouri River.
No doubt South Dakota’s regressive property tax factored into Mr. Wanless’ choice to sell. A bill that would decrease that tax failed in the last session of the state’s deranged legislature.
ip photo: a schoolhouse for white kids falls down near Mato Paha in western Meade County.
Learn more about the degradation of the Belle Fourche River watershed linked here.
Posted by larry kurtz at 4:49:00 PM

Email ThisBlogThis!Share to TwitterShare to FacebookShare to Pinterest
piled in Earth, pix, tribes