Another attempt to replace 1872 Mining Law grinds through Congress 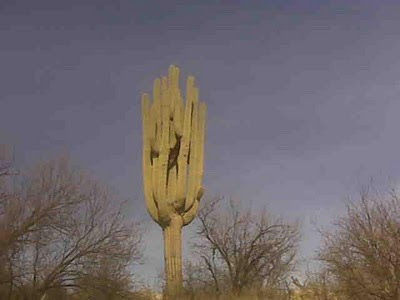 The Black Hills of South Dakota and Wyoming are hardly the only public lands plundered by foreign companies under cover of the General Mining Law of 1872, enacted to settle Civil War debt and rob Indigenous people of their human rights.
A Canadian miner paid a settlement to mitigate and remediate portions of Colorado's San Juan County where the 2015 Gold King Mine spill occurred.
In 2019 we motored to Oracle, Patagonia and Bisbee from Santa Fe and were shocked by the ravages of surface mining in SE Arizona where operations owned by Morenci and Miami are ravaging water supplies and reducing entire mountain ranges to piles of waste rock.
Comexico, an American subsidiary of Australian company New World Cobalt, wants to drill test holes into the Sangre de Cristo mountain range on the Santa Fe National Forest in the Jones Hill area north of Pecos, New Mexico.
Silver City, New Mexico became a quieter town again after strip mines there came to a grinding halt and just like during the last Great Depression Democrats are the leaders who got financial help for workers. Silver City, South Dakota is under assault from Canadian miners, too.
Much to the frustration of locals, the US Environmental Protection Agency moved most of the contaminated soil from above Rimini, Montana to a mine in upper Basin Creek where it was encapsulated so EPA has allocated more resources to clean up sites in that state.
Today, thanks to the Trump Organization the United States is in debt to the tune of $30 TRILLION so the US encourages mining companies from outside the country to drill more holes in the Earth looking for gold and silver.
Repeal or even reform of the 1872 statute has been thwarted repeatedly and the US Forest Service is often powerless to stop the extractive industry from permanently altering sensitive watersheds because of the 1872 law.

Democrats in Congress are hoping to overhaul the nation’s 150-year-old system for mining the elements needed for battery manufacturing, as high gas prices and Russia’s war in Ukraine underline the need to transition from oil and gas to renewable energy sources. U.S. House Natural Resources Chairman Raúl Grijalva of Arizona and U.S. Sen. Martin Heinrich of New Mexico have each sponsored bills that would set environmental and reclamation standards. Defunct mines can leach chemicals into the nearby water and soil, Heinrich said. He referenced the Gold King Mine wastewater spill in Colorado that turned waters in New Mexico “the color of Tang” because of heavy metals and other contaminants. [Democrats from the West push update of 150-year-old federal mining law]

Email ThisBlogThis!Share to TwitterShare to FacebookShare to Pinterest
piled in Earth, I-25, montana, pix, tribes, us politics