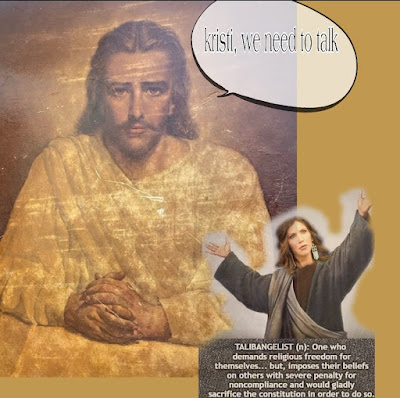 The dew point is so low in parts of New Mexico the relative humidity is 1% or as dry as physically possible. Under the smoke plume of the country's largest wildfire Angel Fire was the coldest place in the lower 48 Friday morning dropping to a low temperature of 16° but it's not just New Mexico. Disaster fatigue is driving the entire globe into madness.
This scribe just did a 2000 mile loop to Vermillion, South Dakota and back again where the number of cattle feedlots in Kansas, Nebraska and eastern Colorado draining the Ogallala Aquifer is staggering. The Arkansas River is dry at Dodge City, Kansas.
On Thursday afternoon Gaia smashed through that entire region covering much of it in dust from haboobs.

Jim Miller, a farmer from northeast Nebraska, told Brownfield radio he was planting when a wall of dust closed in on him. "I turned the lights on the tractor and I couldn't see 20 feet in front of the tractor. I've never seen a dust storm blow in like that before. It made the whole tractor rock. I was kind of worried that I was in a tornado even," Miller told Brownfield. [Progressive Farmer]

Brookings County and my own home town of Elkton even sustained severe damage. According to the National Weather Service seven tornadoes went through northeastern South Dakota alone: two EF2s, four EF1s and one EF0. The strongest twister had an estimated peak wind gust of 135 MPH which is nearly an EF3 on the Enhanced Fujita Scale.
A tornado hit her home town of Castlewood and Republican South Dakota Governor Kristi Noem praised her god for sparing her campaign war chest because science karma chickens came home to roost where the governor is a climate change denier.
Is this a great country or what?
Yes, this is how Republicans who preach small gubmint fund crumbling infrastructure in red states. Recall Mrs. Noem repeatedly voted against disaster aid after Hurricane Sandy and other climate related catastrophes. She doesn’t respect self-reliance because she’s wedded to moral hazard.
Social media rumors that I personally ordered an unprecedented weather event intended to punish the inhabitants of Nebraska, Kansas and South Dakota are entirely unfounded. Ignore them.
Thoughts and prayers, indeed.


Please pray for our friends at Castlewood… Thank goodness this happened after school was let out Thursday. 🥲🙏 pic.twitter.com/tBadyoGQOC