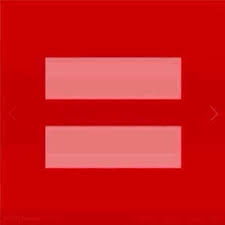 The Church of the Holy Roman Kiddie Diddlers is apoplectic over marriage equality and confused over Santa Muerte.

Couples who've been together for years will soon have the option of getting married if the Minnesota Senate, as expected, passes legislation today that would recognize out-of-state marriages, too.

The bill has passed in the Minnesota House 75-59 and Governor Mark Dayton has said he will sign the statute when it reaches his desk.

Some in Minnesota are trolling for earth hater support with an amendment to dilute the bill with 'civil union' language.

Sen. Tim Johnson (D-SD) has come out in favor of marriage equality.

Delaware's governor is expected to sign that state's blessing. Favorite son, Vice President Joe Biden, former Delaware Senator, after signalling his support for his state's efforts, is now telegraphing his distrust of the Keystone XL pipeline.

W'all be drugged: even Brookings County looks like it's evolving.

So, from someone who believes that Facebook is malware, this map offers some hope:


Over the last week, many Facebook users have shown support for marriage equality as two high-profile cases get underway at the US Supreme Court. They've done so in a simple yet instantly noticeable way; by substituting their usual profile photo for a pink-on-red equal sign designed by the Human Rights Campaign.

Assistant Secretary of Indian Affairs Kevin Washburn will be in Rapid City for the summit on the Indian Child Welfare Act. He is scheduled to participate in a roundtable discussion with tribal, state and other federal government representatives.

Neither John Thune nor Pat Powers can get it up without help from Big Pharma.
Posted by larry kurtz at 6:57:00 AM

Email ThisBlogThis!Share to TwitterShare to FacebookShare to Pinterest
piled in catholics, public radio, us politics