Sibson: catholics r satan (but so is everyone else) 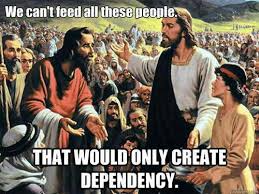 Any of this stuff sound familiar?

Memories of a past CPAC drifted through some local grey matter.

South Dakota political pundit, Steve Sibson is a 'special' case, if you get my drift. He reminds readers of Madville Times that former Massachusetts Governor Mitt Romney answers to Santa Satan before country.

My guess is that Mr. Sibson is suffering from depression.


The GOP won’t win if they do accept the cease fire. They can’t win if they do. America will lose no matter who wins. This election is irrelevant. Such is the case when pragmatism trumps principles. It is a dog fight, Darwinian survivalism where the one who attracts the most mud loses.

Romney’s LDS and Ryan’s church are two of the biggest NGOs on the planet hiring the best paid lobbyists and employing a myriad; so, gutting the federal budget while allowing those Ponzi schemes to survive is so beyond what the Founders envisioned it leaves nothing to the imagination.

Radio Lab is one of my favorite public radio shows: Robert Krulwich is a master producer. Remember this 2007 story?


A piece on Seattle's KPLU the other day brought glutamic acid closer to home as mushrooms are sources of glutamate. The smell of sex, especially in Hypomyces lactifluorum, has been a fascination.

Ketamine, a Schedule III substance, is considered a 'street drug' by lawmakers and law enforcement:


Now imagine that your local police have their own bees, bees they release each morning to scour the neighborhood looking for illegal plants.

and is considered far more dangerous when self-administered than Schedule I cannabis has been shown to be:


"We were shocked and surprised that it worked," says Gary Wenk, Ph.D., one of the study's authors and a professor of psychology and neuroscience at Ohio State University. Research shows that the neurotransmitter glutamate is involved in storing memory in a process that involves growing both new cells and connections between them, and destroying old ones. Some current Alzheimer's drugs like memantine affect glutamate—as does THC. Early in life, this process is in balance, and so interfering with either the growth or the "pruning back" of brain cells and connections—as might occur from using marijuana—might impair memory. But, says Wenk, "The same systems involved in pruning neurons at the beginning of life could be killing them at the end." Therefore, interfering with the pruning process later in life might actually help, rather than harm.

Depression is deadly.
Posted by larry kurtz at 2:39:00 PM