This interested party is finishing blogging a two-day loop starting from Rapid City up Vanocker Canyon at Sturgis among electric green aspen to the Nemo Road, where the clone was just budding, to a traverse of the Brownsville cutoff intersecting the Rochford Road displaying many acres of ponderosa pine being thinned by the bug and where massive die offs are underway.

The rig turned south at Black Fox then dropped over the divide between Rapid Creek and into Beaver Creek, Wyoming and saw three elk. Verdant conditions grace Four Corners and Sundance. 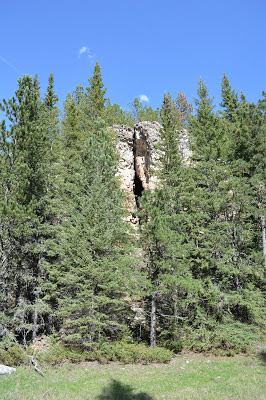 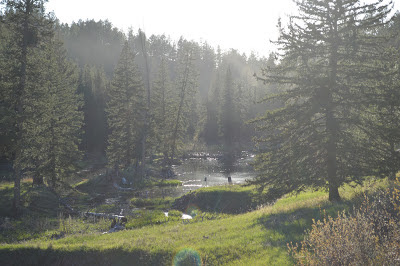 Herb's ranch is bright green: the aspen is nearly fully leafed out as it restores the rimrock above the Belle Fourche River after the 2005 burn. The Moon lit the way in last night and kept watch over the haze rising this morning from the evaporation off the damp sage steppe.

After coffee the cumulus had already begun queuing up over the Bear Lodge Mountains and my clothes starting sticking. Since far too many people were on Sand Creek south of Beulah, the rig found its way to Cox's Lake just into South Dakota off I-90. A thunderstorm cell formed right over my head and in less than a half hour one of the chasers tweeted a photo from what looks to be US85 near Buffalo: 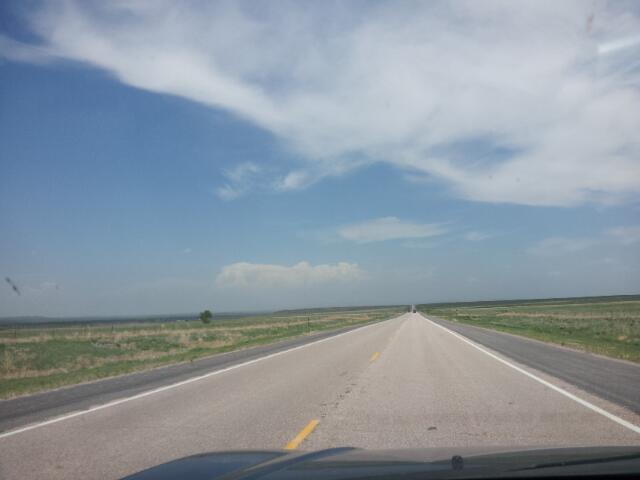 This is what it looked like from my vantage point: 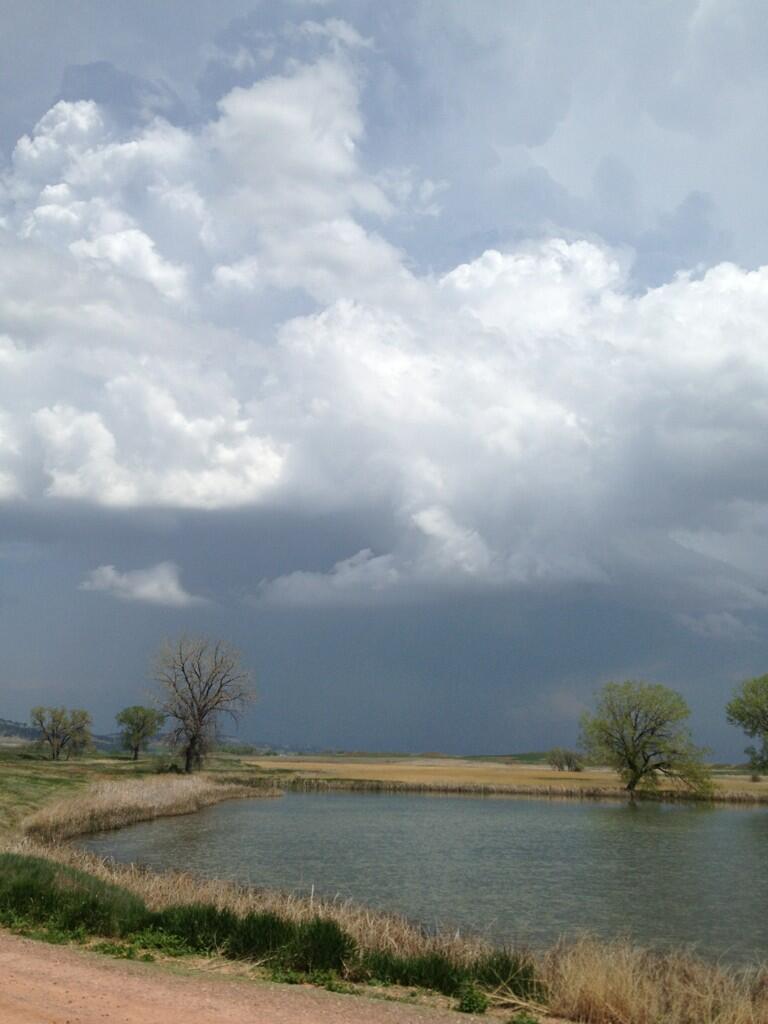 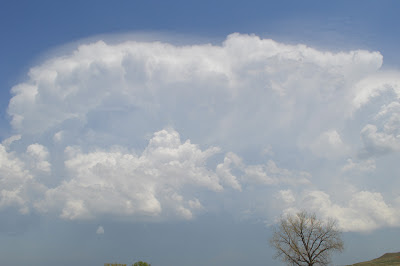 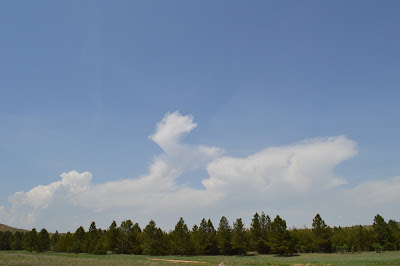 Here is a shot from the updraft side of the cell as it engulfs Bear Butte about twenty five miles east of where it formed: 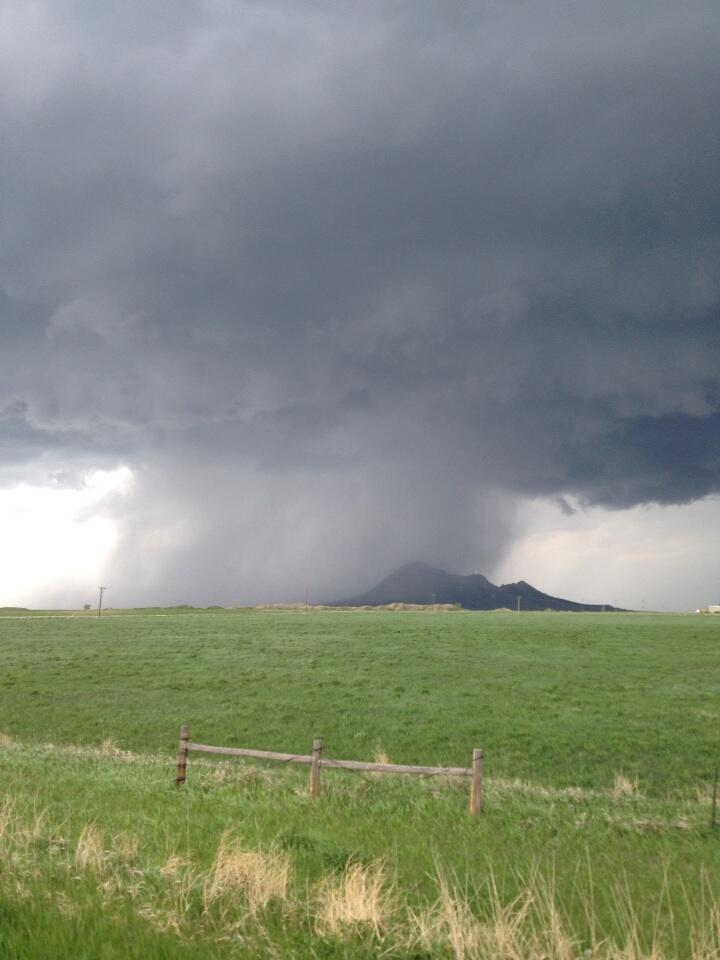 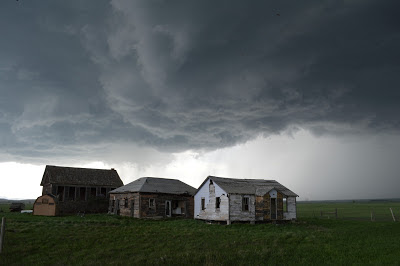 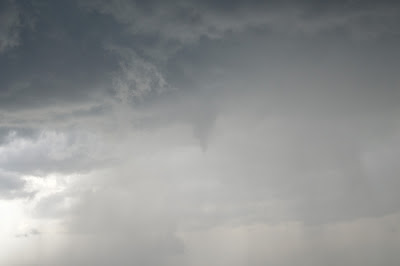 Numerous storm chasers and meteorologists (no, not just boys) were tracking this system: it stalled several times and when it moved it was very slow. Saw rigs from North Carolina and Texas: many were doctoral candidates. Tennis ball sized hail was reported at Vale and hook echoes appeared on radar.

One fat loud white asshole rancher from Meade County stopped at the intersection of Tilford Road and Elk Vale Road to harangue chasers from Nebraska about some shit: maybe equipment set up too close to his invasive cattle species shitting in the creek. Hope he got hailed out, has no insurance and has to declare bankruptcy. South Dakota Republicans: what stupid fuckers.

I saw rotation often but gave up on it just north of Rapid City on Elk Vale Road and will upload video when I figure out how. It should be noted that storms like these are frequent visitors to this part of South Dakota: transpiration from pine overpopulation just another feature of local weather patterns. Check the hazy conditions in the Beaver Creek photo above.
Posted by larry kurtz at 8:52:00 PM