South Dakota's top cop is too busy covering up the misdeeds of his political party to intervene in the offal from his donors.


Utah will get $8.5 million from GlaxoSmithKline for defrauding the state’s Medicaid program through allegedly false and misleading marketing of Avandia. [Paul Sakuma, Associated Press, Deseret News]


Chinese newspapers said travel agencies working for GSK would invent meetings that required travel but use the money to bribe doctors to prescribe GSK drugs. "Each doctor had a credit card from the company. The kickbacks were transferred to the cards the day after the drugs were prescribed," one newspaper alleged. [Rupert Neate, GlaxoSmithKline 'the big boss' in £300m bribery scandal, China says]

Marty Jackley is the beneficiary of GSK's profits and litigated a case against it; he got wads of dough from Monsanto and BNSF Railway, too.

Is Rushmore PAC dead? Republicans are so conservative...except when they're not.

The Belle Fourche River Watershed Partnership has received a little money to explore solutions to degradation from human and ag impact in the upper to middle basin. A recent vote in Lawrence County ensures that at least one tributary of the river, Spearfish Creek, will suffer impairment.

GOP luminaries such as Dick Cheney and Ted Nugent have killed the Chinese Ring-necked Pheasant in South Dakota.


Bruce Knight, a former top U.S. Department of Agriculture official and a Buffalo County farmer and rancher, said the interplay of global food demand and pheasant hunting is “a daunting challenge” for South Dakota. He called for “sustainable intensification” of farming practices on the best lands and noted that overseas markets are shifting from starch to dairy and meat. “It’s not a one-year issue,” Knight said. [Bob Mercer, Pierre Capital Journal]

They're coming for your guns!


You won't believe what's in your food:


Rep. Kristi Noem won in 2010 with 3-1 support from outside money: American Future Fund is backed by the Kochtopus.

The Rushmore PAC blog is an earth hater's wet dream. One of its authors is a Zionist state senator known for his close association with South Dakota's Church of the Holy Roman Kiddie Diddlers. Dan Lederman panders to his white readers recently assailing President Obama by quoting Robert L. Bradley, Jr., a shill for Koch Industries. The earth haters believe that drilling willy-nilly is the answer to high fuel costs.

Recall Lederman's role in the Missouri River flooding of the swamp at Dakota Dunes where he built a temple for self-worship.

He was on Bill Janklow's idea of public radio in Spring, 2011 defending his decision to build in a floodway. Lederman was recently fingered for bringing anti-government speakers to his infamous red state. 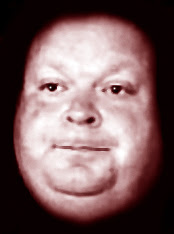 
For those who might need a refresher course here it is. In the election seasons prior to Jason’s ascension to the Secretary of State’s office in Pierre he was South Dakota’s leader of the Republican Senate Leadership Committee (RSLC). Jason Gant and his ilk in the legislature are financed by out of state rich benefactors who care nothing of South Dakota or its people. They only care about power. The Kochs are accomplishing it through RedMap, The RSLC Redistricting Project.

As the earth hater party explodes nationally, the collusion of South Dakota officios with Koch-funded Donors Trust to alter the electoral rules in that failed red state is coming into focus. Back at election time Cory began sniffing it out, recently Bob Mercer uncovered the smoking gun.

Here's an excerpt from an interview with Suzanne Goldenberg of The Guardian on yesterday's Democracy Now!


I think there’s something really different here and that comes into play, in that these organizations being supported by Donors Trust are actually working to spread information that is factually incorrect, that is untrue.

The US Environmental Protection Agency is a prime target for the earth hating christofascists slopping at the Koch trough.
Posted by larry kurtz at 1:50:00 PM