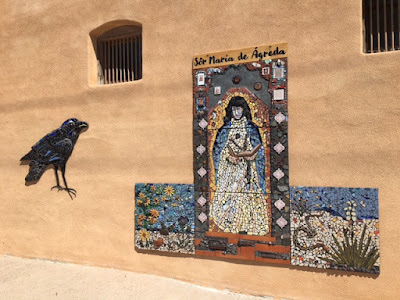 Tens of thousands of long-suffering Haitians have made the nightmare journey through Central America only to end up in facilities like the one owned by Tennessee-based CoreCivic in Torrance County, New Mexico that received a rating of noncompliance in July.
After being brutalized by riders on horseback in Texas some fifty Haitian asylum seekers are subjected to dire circumstances and denied access to legal counsel while detained at a private prison complex contracted in Estancia, New Mexico by the US Immigration and Customs Enforcement (ICE) and the US Marshals Service. In May, 2021 the ACLU and several other immigrants rights groups filed suit after refugees on a hunger strike were attacked by guards who deployed chemical weapons.
Until now ICE has refused to respond to allegations of human rights abuses and it's unknown if CoreCivic will face any consequences for its failures to meet even basic human needs even as it bilks taxpayers some $2 million a month.

"CoreCivic has an egregious track record of neglect and abuse at Torrance, and these disturbing conditions are sadly common at ICE detention facilities in New Mexico," Rebecca Sheff, senior staff attorney at the ACLU of New Mexico, said. ICE also holds detainees at the Cibola County Correctional Center in Milan (also run by CoreCivic) and the Otero County Processing Center in Chaparral, which is operated by the Management and Training Corporation. [Federal watchdog blasts New Mexico ICE facility for unsanitary conditions and understaffing]

Email ThisBlogThis!Share to TwitterShare to FacebookShare to Pinterest
piled in I-25, pix, us politics