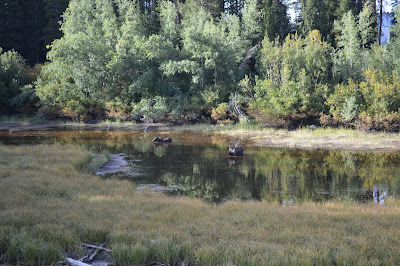 Former Vice-President Joe Biden campaigned on ending new oil and gas drilling on federal properties so those who would preserve habitat for the greater sage grouse and other threatened species contend a complete end to leases isn't coming fast enough.
Frustrations are mounting after a judge in Louisiana ordered the Biden Administration to resume leasing even as now President Biden pledged to curb emissions during the 26th United Nations Climate Change Conference (COP26) in Glasgow, Scotland.
Extracting oil and gas from public lands releases about 20 percent of energy-related US greenhouse gas emissions so the Department of the Interior and Bureau of Land Management intend to scale back leases to the industry in Wyoming, Colorado, Montana, Utah, Nevada, New Mexico and other states. According to Interior the social costs of emissions from oil and gas production on public parcels exceeds $4 billion annually.
In my home state of South Dakota there are at least ten species of native wildlife that are 100% sage steppe dependent including the greater sage grouse whose numbers have dwindled to below a hundred individuals there. To reduce the impacts on sage grouse habitat in Wyoming the BLM will offer 195 lease parcels instead of the proposed 264.

Conservation groups say the BLM’s decision to defer Wyoming leases appears to be an attempt to return to the collaborative stakeholder process set forth in the 2015 sage grouse management plans. About 5 million acres of federal oil and gas are currently under lease and available for development in Wyoming, according to a 2021 Conservation Economics Institute report. The Natural Resources Defense Council funded the CEI study, which was endorsed by various conservation groups, including Wyoming’s Powder River Basin Resource Council. [Dustin Bleizeffer, WyoFile]

In an era when western states are scrambling to preserve habitat for bison, wapiti, bighorn sheep, pronghorns, deer, the threatened greater sage grouse and all the other wildlife at risk to the Republican Party how is running nurseries for introduced species like feral horses and burros either conservative or sustainable?
Learn more about how prescribed fire, removing conifers and clearing cheatgrass sustains sage grouse populations linked here.
ip photo: a moose and her calf browse in Wyoming's Grand Teton National Park.

Sure this guy looks tough, but life is scary for sage grouse. From the air, raptors, eagles, hawks, and ravens are ever-present. From the ground, snakes, badgers, coyotes, and more threaten nests and chicks. No research yet on predation by ghosts, ghouls, or goblins.
📷: Rick M. pic.twitter.com/lA2nl4Gf4n

Email ThisBlogThis!Share to TwitterShare to FacebookShare to Pinterest
piled in Earth, I-25, pix, us politics, wyoming