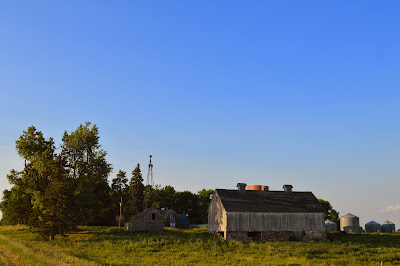 It's not always easy to find similarities with New Mexico and my home state of South Dakota but one correlation stands out: the growth in the Latino population is surging. In the Midwest the Latino community has grown 28 percent in the last decade and in the Southwest it's grown nearly 20 percent. Venezuelans make up the largest inbound demographic.
As young people and Democrats flee South Dakota more brown people are doing the work in the red moocher state. Meat processors and industrial agriculture employ the greatest numbers of Hispanics in South Dakota. Spanish speakers prop up the federally subsidized dairy industry East River but in Huron Karen refugees slaughter and process turkeys. So now that brown workers can take the driver's license exam in Spanish white people can spend more time snorting and shooting meth.
My sister is a former Elkton-Lake Benton High School Spanish teacher who has been tutoring students in math with English as a second language.
Brookings County is home to a French-owned salted fat factory that relies on subsidized dairies threatening the Big Sioux River and its tributaries.

“People say they’re stealing American jobs. Find me one person who wants to work as hard as they do,” said Amanda Odegaard. Odegaard is the business manager for Hilltop Dairy just outside Elkton, South Dakota. The majority of Hilltop’s 24 employees immigrated from Central and South America. Felipe Huerta emigrated from Mexico in the early 2000s. He has worked at Hilltop for 14 years. He started on the milking floor and now is the farm’s breeder. [Spanish-speaking immigrants help revitalize rural America]

Yes, socialized agriculture, socialized dairies, socialized cheese, socialized livestock production, a socialized timber industry, socialized air service, socialized freight rail, a socialized nursing home industry and now a socialized internet are all fine with Republicans in South Dakota but then they insist single-payer medical insurance is socialized medicine.
Learn more about how the Trump Organization created the conditions for Central Americans to flee for the United States then refused them at the border.
ip photo: a farmstead crumbles on the South Dakota/Minnesota border just north of Elkton.
Posted by larry kurtz at 6:14:00 AM