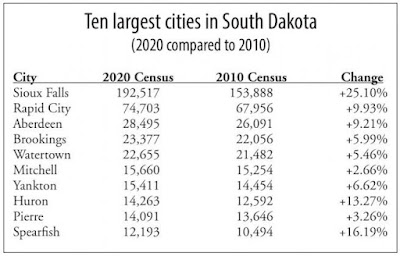 It's not always easy to find similarities with New Mexico and my home state of South Dakota but one correlation stands out: the growth in the Latino population is surging. In the Midwest the Latino community has grown 28 percent in the last decade and in the Southwest it's grown nearly 20 percent. Venezuelans make up the largest inbound demographic. 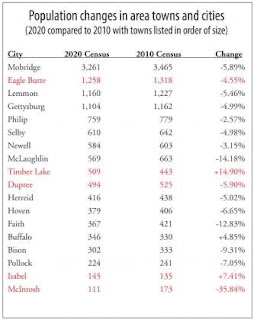 In North Dakota's Cass County the Latino concentration has doubled since the 2010 Census and in McKenzie County it is up over 1000 percent. Overall, in North Dakota the number of people who self-identify as Latino or Hispanic has gone over 33,000.

What do these climate refugees and migrant workers have in common with their Midwest counterparts? Christianity. "Pro-life" is simply code for white people breeding. African-Americans terminate pregnancies at about the same per capita rate as white people do but don’t take their jobs. Latinas, however, have fewer abortions per capita and the extreme white wing of the Republican Party knows it's hemorrhaging jobs to Latinos.

And as the Republican Party caves on immigration after Governor Kristi Noem said she won’t accept Afghan compatriots in South Dakota wage slaves could make real social justice change by walking off their jobs then calling for a general strike and bring Kristi to her senses, too.

New Mexico has known about the hardships endured by both Indigenous and immigrants for its entire history.

This week, thousands of Haitian migrants set up camp in Ciudad Acuña, Mexico, just across the border from Del Rio, Texas. Photojournalist Toya Sarno Jordan has documented their search for a new life on the border town. https://t.co/zsBJrTKxwe

Email ThisBlogThis!Share to TwitterShare to FacebookShare to Pinterest
piled in catholics, I-25, public radio, sd politics, tribes, us politics