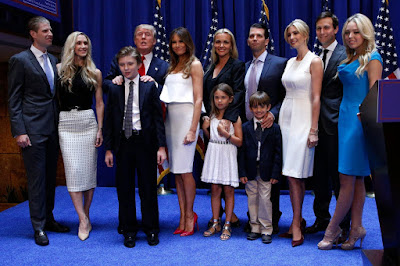 There is little doubt in my mind that damning evidence linking the Trump Organization to the Port Authority and Russia was destroyed on 9/11 and it’s impossible the Obama Administration didn’t know Donald Trump was being installed through a vast white wing conspiracy with at least one hostile government. The Deep State put Trump in the White House because they're the Mob, too and he’s leveling the other guys’ poppy fields and heroin distribution with bombers from South Dakota while leaving the friendly opiate trade to flourish. The Trump Organization is an equal opportunity money launderer doing it for CIA and other Deep State actors for decades.

Unless the whole Trump crime fam-damily abdicates to a Black Sea resort America's next Attorney General is going to make their lives Hell on Earth. 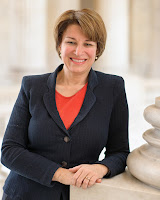 Although my first choice for 2020 was Al Franken Senator Amy Klobuchar (D-MN) had this columnist's early primary endorsement to be our party's nominee for President of the United States. And, if it's any consolation Minnesota Governor Tim Walz will appoint Franken to finish Klobuchar's term after she is named US Attorney General by President Joe Biden. Sen. Klobuchar and this interested party follow each other on twitter.


What these four districts had in common was that their jurisdictions covered important business interests of the Trump family and that of Trump’s son-in-law, Jared Kushner. Trump appears to recognize no line between his political career and the government’s administration of criminal justice. Congressional Republicans did not hold a hearing on his decision not to divest his financial interests, unlike every president elected after the enactment of the Ethics in Government Act of 1978. They did not investigate Trump’s violation of the Foreign and Domestic Emoluments Clauses of the Constitution. Rather than investigating Trump’s conflicts of interest, congressional Republicans have seemed to revel in them. President Trump’s conflicts of interest are foreign as well as domestic. In the meantime, Trump and his allies in Congress, in the service of his kleptocratic ambitions, are weakening much of the architecture that stands between us and boundless executive power. [Walter M. Shaub, Jr., Ransacking the Republic]

Other predictions: Sen. Kamala Harris for Veep and Ambassador Susan Rice for Secretary of State.


Three members of Congress are demanding answers from the White House about VP Pence's Chief of Staff, Marc Short, after @CREWcrew caught him participating in meetings with companies whose stocks he owns. The letter is signed by @ewarren, @SenBlumenthal, and @RepJayapal:
/1 pic.twitter.com/vEDSvqUN5v
— Walter Shaub (@waltshaub) June 18, 2020

"There’s not going to be a 'post-presidency' for Trump. There will be no presidential library, no do-gooder foundation, no writing of memoirs. He will not build houses in Appalachia...He will spend the rest of his life in court, in prison, or in Russia."https://t.co/CblGRvCFbu
— Greg Olear (@gregolear) May 5, 2020

Email ThisBlogThis!Share to TwitterShare to FacebookShare to Pinterest
piled in public radio, us politics