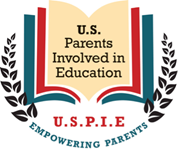 After a former Republican South Dakota governor signed a bill into law that discriminates against some couples seeking to adopt the evidence is clear that a California-led boycott is having effects.

But even now the extreme white wing of the Republican Party has doubled down.

In recent years, South Dakota has become a laboratory for anti-trans legislation, a place where extreme right-wing ideologues can field their basest anti-trans fantasies. Opinions are mixed on why then-Governor Daugaard vetoed the 2016 bathroom bill after initially signaling that he might support it—some activists cite his listening sessions with members of the trans community, while others say behind-the-scenes pressure from the business community was probably the more significant factor. If the Court rules that Title VII does not apply to gender identity and sexual orientation, there will be no federal law to protect LGBTQ people from catastrophic policy measures like the ones that were floated this year in South Dakota’s legislature. [How Did South Dakota Become a Factory for Anti-Trans Legislation?]

South Dakota is graying fast and nursing beds represent economic development. The Janklow-owned Riverside Manor in Flandreau is overwhelmingly staffed by Filipinos and Filipinas as are most facilities for the elderly in South Dakota but any registered nurse with half a brain will leave for Minnesota, Colorado or the Southwest the instant they graduate so the work force in South Dakota will just get stupider and more Republican.

The viability of some businesses in the tourism, agricultural and construction industries are at stake if federal programs that bring foreign workers to South Dakota each summer are not stabilized. With the unemployment rate at 2.8% in South Dakota — one of the lowest rates in the nation — hundreds of businesses and farms cannot hire enough people to get them through the summer tourism, harvest and construction seasons. But several recent reform efforts have been stymied by congressional gridlock and a reluctance by the Trump administration to prioritize improvement of legal immigration programs that aid states like South Dakota. [Immigration debate hampers guest worker programs critical to SD businesses]

What’s not to like about six (seven? eight?) month winters, rampant racism, chilling effects on civil rights, an extremist legislature, living in a chemical toilet, perpetual welfare state and permanent disaster area? Unless your Social Security pays your property taxes you’re just another poor grudznick eking out a living and bleeding out every penny you can scrabble.

The crony capitalism that keeps South Dakota the 8th worst state for the working class is destroying lands promised to native peoples by treaty and my home town of Elkton is struggling to find enough housing for migrant workers often living in squalor. When my dad visited us in Spearditch he was able to see how most of the fertile land in Lawrence County was incrementally being covered with concrete and housing for white people. He wept as shelter belts were being cleared for center-pivot irrigation and fossil water was being pumped from fragile aquifers for the industrial agriculture now killing his once-beloved Brookings County. Until Democrats seize power nothing will ever change.