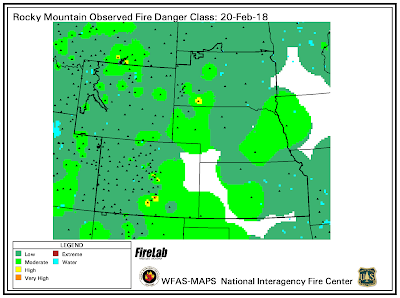 South Dakota is a perpetual welfare state and a permanent disaster area.

The state of South Dakota will pay about 35 percent of the $2.5 million cost to fight the Legion Lake Fire, thanks to a cost-sharing agreement with the National Park Service and a reimbursement declaration by the Federal Emergency Management Agency. The FEMA declaration granted soon after allows for reimbursement of 75 percent of the state’s firefighting costs for the period from the first day that structures were threatened to the day they were no longer in jeopardy, according to South Dakota Wildland Fire Division Director Jay Esperance. He noted that the on a cost-per-acre basis, performing a prescribed burn can top $2,000 per acre, while the fire accomplished the same goal for only $46 an acre.

Cost to We the People for managing the Pautre Fire was about $1 million. No livestock were lost and there was minimal damage to fences. 3,519 acres of federal and 7,160 acres of private property were cleared of invasive grasses yet welfare ranchers in that area screamed for restitution from the US Forest Service after the fire escaped prescribed boundaries.

The human-caused Legion Lake Fire represents strategic failures by Black Hills Energy, the State of South Dakota, South Dakota Game, Fish and Plunder and the South Dakota Republican Party. The absence of prescribed burns and the persistence of invasive cheatgrass in the park are just two more examples of poor planning by Game, Fish and Plunder. Instead of allowing native aspen to be restored stands of doghair ponderosa pine that grew after the Galena Fire fed the blaze.

Wildland fire conditions are already returning to South Dakota, most notably in southern Pennington County and at the mouth of the Big Sioux River. Harding County is shaping up to lead off the wildfire season in South Dakota any day now.