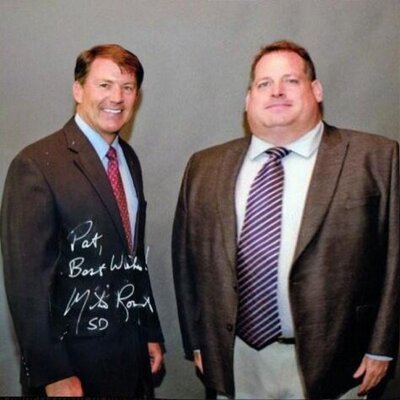 Yes, the South Dakota Republican Party is a death panel.

Insurance premiums can have a unique impact from state to state, given health insurance exchanges and Medicare and Medicaid. Growing health care costs ultimately lead to increases in health insurance premiums. South Dakota is ranked at the top of all other states, with a 66 percent increase from 6.7 percent of the population having diabetes in 2007 to 11.1 percent of South Dakotans having diabetes in 2017. The direct medical expenses in 2017 totaled half a billion dollars. [Pierre Capital Journal]

Fact is: 77 percent of foods purchased by US schools are acquired from distributors like Sysco or Reinhart and only 11 percent come from local sources. Locally grown fruits and vegetables are served by some schools but not in South Dakota. 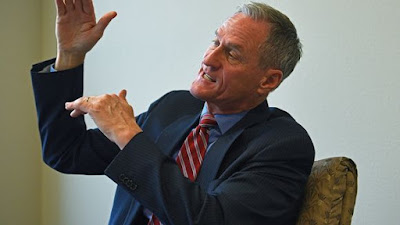 Anyone else notice how Pat Powers, his wife and kids overeat to get high but condemn people who smoke cannabis as addicts? South Dakota's junk food-addicted GOP blogger has been touting former At-large US Representative, now Governor Kristi Noem's political fight against diabetes. Noem wants even more business to go to corporate sources developing genetically engineered sugar beets. Marshall, Minnesota-based pizza peddler Schwan's greases Republicans including Noem with campaign cash. So do other industrial ag companies like Crystal Sugar selling salted fat to schools and she paid them back.

Rep. Kristi Noem on Tuesday announced plans for legislation that reduces federal mandates on school meal standards, including the more stringent whole grain requirements that went into effect in July 2014 and the Target 2 sodium requirements set to be implemented in the coming years. [Mitchell Daily Republic] 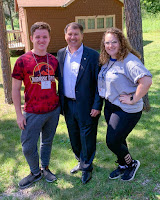 Guess who else stands to benefit from spikes in obesity and diabetes and privatizing the Indian Health Service? Yep, Reich Mike Rounds.

But opponents of the act argue that the requirements leave students with unappetizing choices that result in tons of waste. This notion was supported in a spring 2014 report from the Harvard School of Public Health, which found that nearly 75 percent of vegetables and 40 percent of fruit being served in school cafeterias were ending up in trash cans. But critics have pointed out that helping "struggling schools" is not the sole agenda of the SNA—its sponsors include Domino's Pizza, General Mills Foodservice, PepsiCo Foodservice, and Tyson Foods, Inc.—all of whom contract with school cafeterias and would benefit from less stringent nutritional regulations. [Allie Gross]

Progress has been made under current school lunch rules but as industrial agriculture lines Republican pockets South Dakota's women and children will continue to suffer from elevated risks to obesity and to moral hazard.