There are some bright green spots for progressive politics in the midterm results:


Another five states are expected to introduce ballot measures to legalize recreational pot in 2016, including California, Massachusetts, and Nevada. And by the end of the following year, pot activists expect five more states will vote on legalization bills in their state legislatures. But that's not all: six other states are looking at creating or expanding medical-marijuana programs, or are vastly scaling back penalties for small-time possession. With a slew of polls now showing that most Americans think pot should be taxed and regulated like alcohol, it's probably only a matter of time before legalization sweeps the nation. [Mother Jones]

How many losing Democratic congressional or gubernatorial candidates talked about cannabis? Not a fucking one.


In an interview with this blog, Democratic US Senate candidate from South Dakota, Rick Weiland, said that although he supports a medical marijuana program similar to Minnesota's he does not support legal casual cannabis for his state.


The Marijuana Policy Project, the nation’s largest organization working solely on marijuana policy reform from its headquarters in D.C., announced earlier this year that it would help fund a voter initiative to legalize and regulate marijuana for Montana adults in 2016, but only if local supporters were able to raise roughly $200,000. Instead, attention is focused on the state’s medical marijuana industry, which is quietly – and cautiously – making a slow comeback in Big Sky Country. In October, there were 9,352 registered medical marijuana patients in Montana, including 1,120 in Flathead County, the second most of any county in the state behind Gallatin (1,789). There are 361 providers statewide and 49 in Flathead County, also the second most in Montana, again behind Gallatin (89). [Dillon Tabish, Flathead Beacon]


Montana Senator John Walsh, having withdrawn from the 2014 race, has exactly zero to lose by advancing legislation that would legalize cannabis.


In many ways, Democrats have missed a real opportunity to make electoral gains—or limit losses—by pushing legalization initiatives. Some credit President Bush’s reelection in 2004 to the push for same sex marriage initiatives on statewide ballots by spurring social conservative turnout. Democrats could have received a similar boost by pushing legalization initiatives that would alter the electorate in a year when Democrats need it for structural and political reasons. [John Hudak, Brookings Institution]

Warnings from interested party have led to fewer arrests for cannabis in South Dakota.


Major Svendsen says arrests for possession of drug paraphernalia in the state are also down from this time last year. He reminds residents that buying, selling, and/or possessing marijuana is still illegal in South Dakota and those that do get caught with it can face penalties of up to fifteen years in prison and a thirty-thousand dollar fine. [Bill Janklow's idea of public radio] 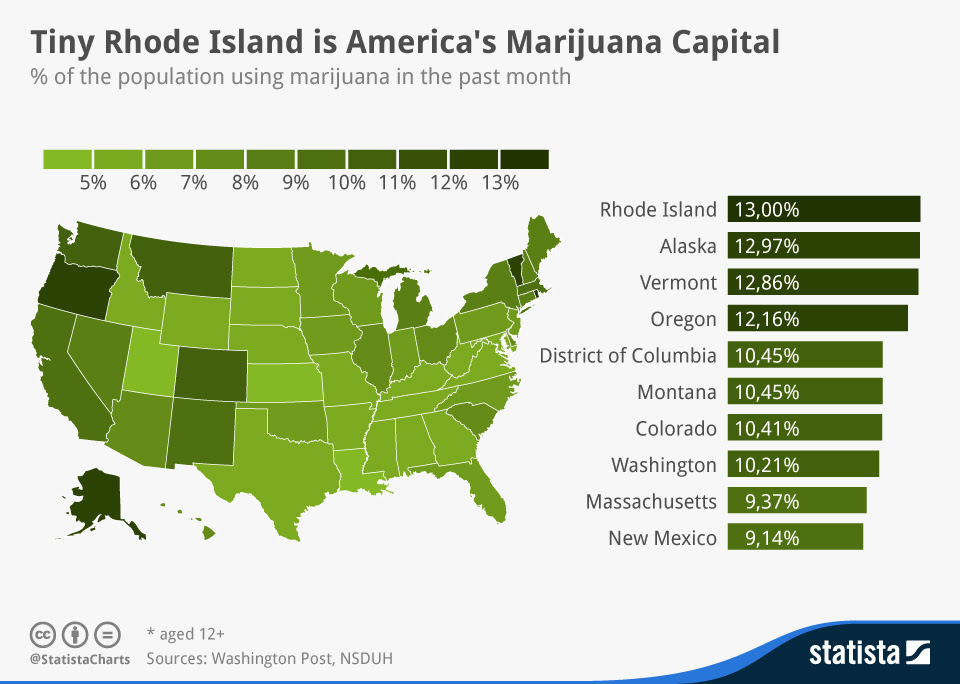 Colorado is being sued: one complaint states that buyers incriminate themselves under federal law. Senator Mark Udall is seeking clarification of his state's cannabis law from the White House: he is in a hotly contested race for reelection.


Politicians are on the ballot this year and so is pot. @PhilipWallach & I on #legalization measures in OR, DC, & AK http://t.co/7qi3zMdjeI
— John Hudak (@JohnJHudak) November 4, 2014

Today's a big one in terms of the movement from prohibition - as you well know. It'd sure be cool to watch all the dominoes fall by this evenings count.

Been scratching my head over Dem lethargy for this issue - just as I did Al Franken voting to (re)confirm Michele Leonhart. One surely would have thought him to have an analytical view of the "War on Drugs" impact. Al, and many others.

Fearing confrontation/leadership on issues is exactly the characteristic that turns many voters off to Dems. They project weakness.

Duff: i really have no idea how the chips will fall today but taking a break from politics and traveling the Southwest for a few months will recharge these old bones.

Always good to read you.

Larry, I love SD but, I'm glad we got out when we did.! I just got off the ph with a friend from Volga. He tells me that there are two highly placed South Dakota families that had members make several trips to both Colorado and Washington state to research the pot industry. According to my friend the trips were to get a jump on the competition when the state makes its move. If, what he says is true, there is already talk about a bidding war, like in Minnesota for growing rights.

Hey, Bill! Am stuck in Rapid until tomorrow. Loving New Mexico where legalization will be in the legislature again.

Update,4 June, 2017, 0641 MDT, "what's unknown is how much physical cash the department will have to handle for tax payments:" Montana preparing to collect 1st medical marijuana tax.