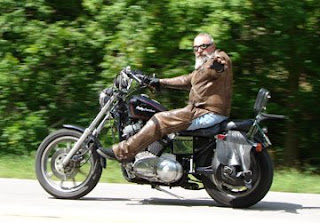 The real estate signs line every roadway in the Black Hills. A couple days of cruising had ip confirming a buyers market at nearly every locality. As the choicest camping in the Black Hills National Forest, the Camp 5 and Vanocker/Elk Creek areas, begin seeing early birds pitching tents and circling their RVs, thousands of property owners are pimping their listings to every passing biker.


Policing for Profit also grades the states on how well they protect property owners—only three states receive a B or better. And in most states, public accountability is limited as there is little oversight or reporting about how police and prosecutors use civil forfeiture or spend the proceeds. Federal laws encourage even more civil forfeiture abuse through a loophole called “equitable sharing” that allows law enforcement to circumvent even the limited protections of state laws. With equitable sharing, law enforcement agencies can and do profit from forfeitures they wouldn’t be able to under state law.

Hult made this chart showing where the loot from drug busts goes:

The large awards to Corson County stand out: 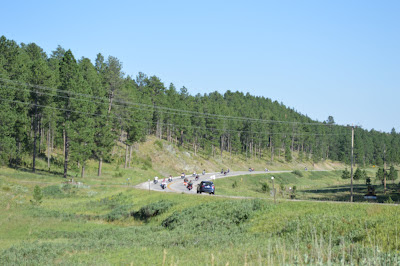 Rickstock is a fundraiser for Rick Weiland at his brother's place in Piedmont. Here's the info I got from Cory:

"Rickstock is a public event, and they want as many people to attend as possible. There will be music and booths for local activists, like the Clean Water Alliance (fighting Powertech/Azarga).

"Admission is a $9 donation to Rick's campaign. The show runs from 1 p.m. to 10 p.m. Address is Kevin's place, 5045 Lofty Pines Road, Piedmont, SD. If it fits in your schedule, come! We can meet there and celebrate good conversation, liberal politics, and sensible Lutheran theology! :-)"

I really hope you'll be there. It will be lots of fun!

Deb: thank you for the kind invitation! It's not impossible for a visit to the Hills around that time. Rick and I chatted for several minutes at the Dem convention in Yankton and I committed to his campaign.

It sounds like fun, we'll see how it goes: always nice to have comments at this humble weblog.