Gorgeous day for a splendid event in a verdant canyon north of Rapid City! Just click on any image to make it bigger. 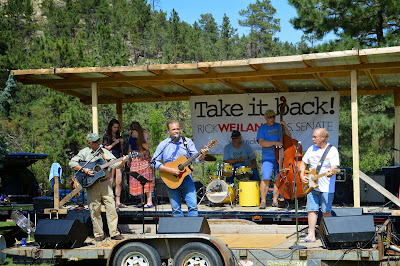 Democratic US Senate candidate, Rick Weiland front man for the Take It Back Band 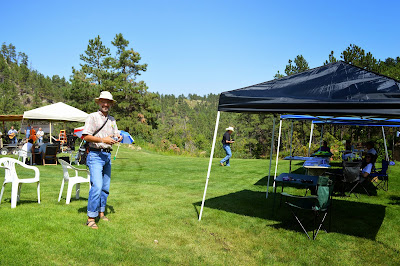 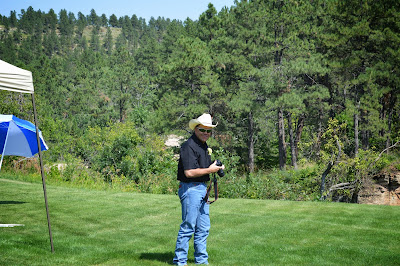 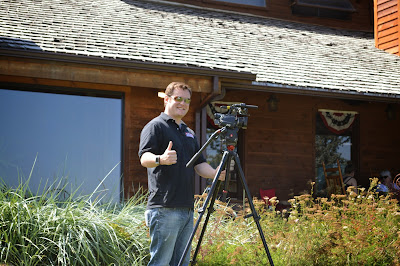 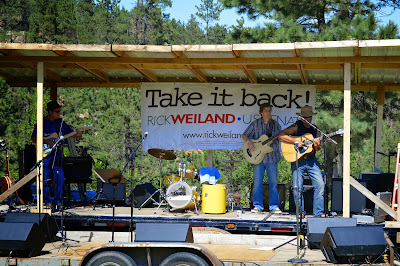 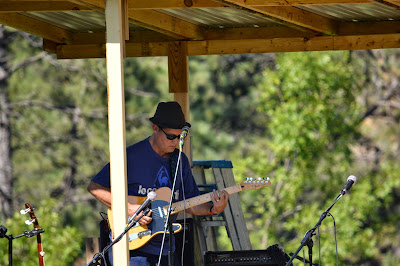 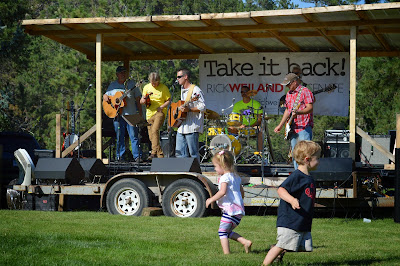 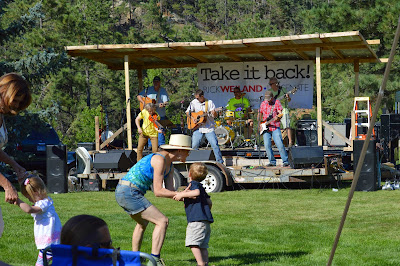 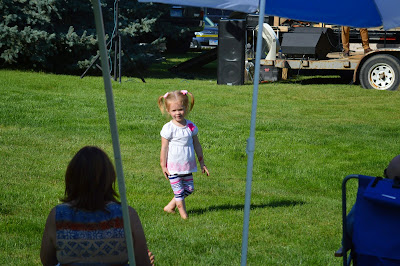 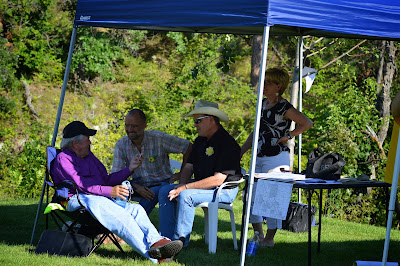 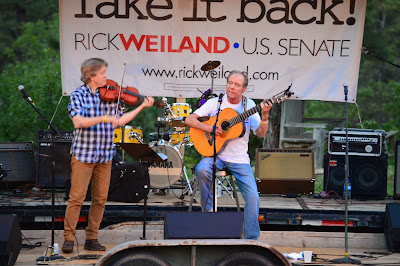 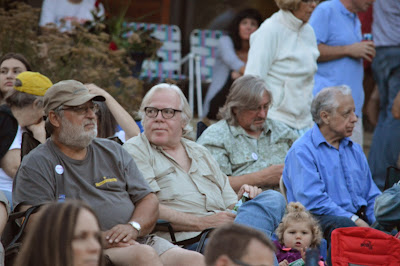 Bill Fleming sitting among other silverbacks in middle with granddaughter 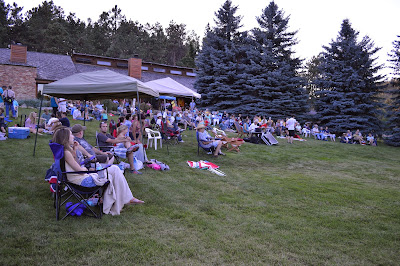 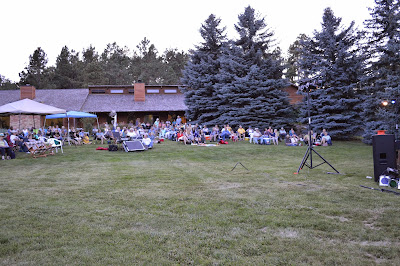 Peak attendance was about 250 but many more came through to gather even if just for a few minutes. 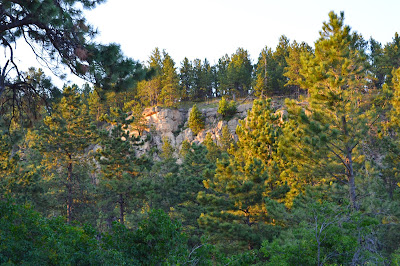 Other notables in the throng included Bill Walsh, Sam Hurst, several tribal members and many, many young people.

Huge thanks to Dr. Kevin Weiland and his patient family for hosting the event!

Email ThisBlogThis!Share to TwitterShare to FacebookShare to Pinterest
piled in pix, sd politics

Larry, did you hear anything that could change the face of Ricks campaign? Or was this more of a feel good get together?

Bill, there is a general consensus among those with whom i've spoken that Mike Rounds is losing popularity at a precipitous rate. The campaign just hired Steve Jarding and has the resources to pound SDGOP for its culture of corruption.