Honor killings for fun and profit in South Dakota 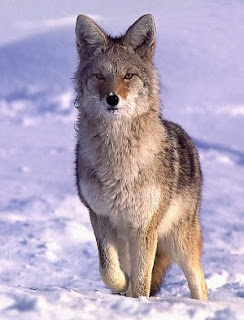 South Dakotans are redstaters who live to kill.

The State Senate Agriculture and Natural Resources Committee voted 5-3 Tuesday to approve the shooting of coyotes from snowmobiles.  Interestingly, one of the other swollen organs of the Republican Party in the state, Game, Fish, and Parks, worries that the bill might impact the image of hunting.

Schmidt, a retired firefighter from Dearborn, Mich., moved to the Black Hills in large part for its outdoor recreation. He was recreating hard on the morning of Jan. 21, hiking through the snowy forest in a search of lion tracks when he inadvertently interrupted the big male cougar as it fed on the remnants of a mule deer doe. The smallest lions taken so far were two female kittens, each of which weighed 33 pounds.

Wow! Could you be any more of an asshole?