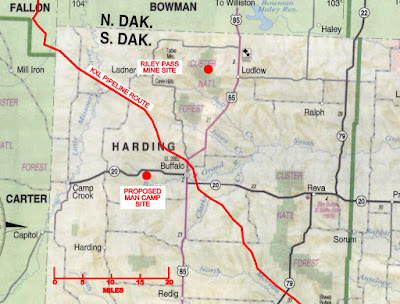 Disgraced erstwhile monarch Donald Trump has suffered another defeat after a federal judge appointed by President Barack Obama ruled Native Americans and the environmental community can proceed with lawsuits challenging the approval of the Keystone XL oil pipeline.


U.S. District Judge Brian Morris expressed skepticism over government arguments that Trump has unilateral authority to approve the $8 billion pipeline. In a separate ruling, the judge said the Rosebud Sioux and Fort Belknap Indian tribes had valid claims that approval of the line violated their treaty rights. [Associated Press]

The same geology that thwarts railroads and forces engineers to rebuild I-90 between Reliance and Rapid City and I-94 between Mandan, North Dakota and Billings, Montana every year also makes construction of the Keystone XL pipeline untenable.


In 2015, John Kerry, secretary of state under President Barack Obama, concluded the controversial project was not in the country's national interest, citing the impact the project would have on climate change as a major factor in the decision. The environmental impact statement used by the Trump administration in approving the project, attorneys for the environmental groups argued, is “unacceptably stale” and contains outdated information about oil prices, crude by rail, oil spills and modeling for greenhouse gas emissions. [Army of attorneys spar over Keystone pipeline in Great Falls court]

Last year citing spills in South Dakota Judge Morris ordered the US State Department to conduct a more thorough environmental review of the proposed pipeline route. Nearly twice as much as originally believed or some 407,000 gallons of oil leaked last year from a faulty Keystone pipeline in Marshall County, South Dakota just days before Nebraska officials announced their decision on an alternative for an additional TransCanada route. Jane Kleeb of Bold Nebraska says support for TransCanada's day in court is facing its final argument and that the pipeline will never be built.

Attorneys for the Trump Organization will stop at nothing to erase Barack Obama's legacy including accelerating the construction of the Keystone XL pipeline, a warming climate and an eventual American Indian rebellion to protect treaty lands.


"We are pleased that Judge Morris has rejected all of the excuses raised by the Trump administration and TransCanada in attempting to justify the federal government's failure to address TransCanada's new route through Nebraska," said Stephan Volker, an attorney for the environmental and Native American groups that filed the Montana lawsuit. [Great Falls judge orders new federal review of Keystone XL pipeline]

Montana and North Dakota have both suffered the effects of man camps that prey on women and girls where rapes and murders committed by white walkers have become commonplace.

In efforts to block water permits sought by a Texas-based pipeline operator testimony from stakeholders in tribal nations and the environmental community made verbal arguments before the South Dakota Water Management Board.


But Jung-Hoe Hopwood acknowledged he hadn’t considered tribal water rights, didn’t know how many tribes were in South Dakota and didn’t know if any tribes were farther downstream. Hopwood, who works for EXP Consulting of Tallahassee, Florida, said he has been involved since 2009 on projects for what previously was TransCanada and now is TC Energy. [KELO teevee]

Had the Quinn Dam failed during high water last Spring one of its first casualties could have been the Keystone XL pipeline where it's proposed to cross the Bad River. Every moving stream, intermittent or not in South Dakota, has supported a pre-settlement Amerindian or European explorer pulling and propelling a canoe over it. Nearly all the waterways in the state are impaired today. Contaminated with mercury for decades, Newell Lake in Butte County, South Dakota has just been closed to the public because of unstable dam conditions.

Intervenors are frustrated with Republican Governor Kristi Noem after she blew off a meeting with tribal members. She's reeling from a loss of her "riot-boosting" law after a lawsuit brought by the American Civil Liberties Union. South Dakota has no contingency money for cleaning up pipeline disasters and because it is an international project ecoterrorist TC Energy doesn’t pay into a reclamation fund.

As ice floes bash moorings and flooding causes scouring of fill from river bottoms the disasters befalling the Missouri basin should be a stern warning to erstwhile pipeline operators: it's not nice to fool Mother Nature. 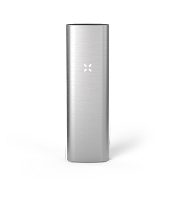 PAX 2 is a vaporizer designed for dried cannabis flower. It's convenient, portable, easy to use, discreet and available at Fruit of the Earth Organics, 901 Early St, Santa Fe. 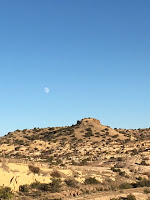 The Gregorian calendar is a ridiculous anachronism.


Of course, in a 13-month calendar system, we’d also have a new additional month. The International Fixed Calendar system calls this extra month Sol and requires that it fit between the months of June and July. [A year with 13 Friday the 13ths?]

How does something called the 'the christian calendar' still exist in secular societies? Because 13 is not only a prime number and mark of the devil, it corresponds to the number of women's menses each year in a world where men still have control.


For Indigenous people across the globe, the natural world is a source of teachings about natural and universal laws. In understanding the interconnectedness of all things, we recognize that the cosmos– the sun, moon, stars, and other planets– affect us and connect us in undeniable ways. Some Tribal Nations have maintained teachings around solstice time, while others may be seeking to revive the teachings, practices and ceremonies that were forcibly taken from us. [Sarah Sunshine Manning]

Winter solstice begins another new year for us pagans. It occurs at 21:19 MST on Saturday, December 21.


If women ran every country in the world there would be a general improvement in living standards and outcomes, former US President Barack Obama has said. [BBC]

Image: a waxing gibbous moon ascends over La Mesita de Juana Lopez.
Posted by larry kurtz at 6:32:00 AM No comments: 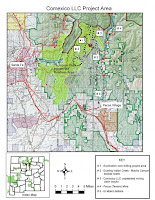 
Federal mining regulations and laws, including the General Mining Law of 1872, as amended, require the Forest Service to allow mineral exploration and development on National Forest System lands. The surface-disturbing drilling activities proposed in Comexico’s plan of operations require analysis under the National Environmental Policy Act (NEPA), and the Forest Service can add mitigation measures and modifications to Comexico’s plan of operations to minimize potential environmental impacts. The project area is within designated critical habitat for the Mexican spotted owl, a threatened species under the Endangered Species Act, and the endangered Holy Ghost ipomopsis as well as habitat for the goshawk, peregrine falcon and Rio Grande cutthroat trout. [press release, Santa Fe National Forest]

The US Forest Service is often powerless to stop the extractive industry from permanently altering sensitive watersheds because of the 1872 law. Repeal or even reform of the 1872 statute has been thwarted repeatedly by the earth hating Republican Party.

In September we motored to Oracle, Patagonia, Bisbee and Morenci from Santa Fe and were shocked by the ravages of surface mining in SE Arizona where operations owned by Morenci and Miami are ravaging water supplies and reducing entire mountain ranges to piles of waste rock.
Posted by larry kurtz at 7:50:00 AM 1 comment: