Are you looking for a remote 420-friendly New Mexico property where you can grow a garden? Our neighborhood might be where you want to put down roots! 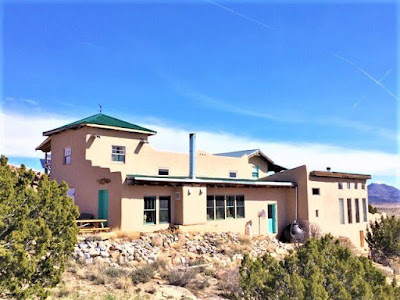 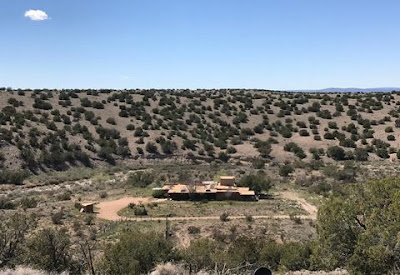 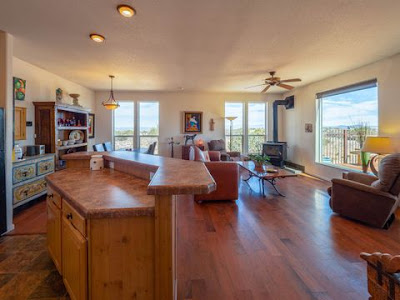 Email ThisBlogThis!Share to TwitterShare to FacebookShare to Pinterest
piled in cannabis, Earth, I-25 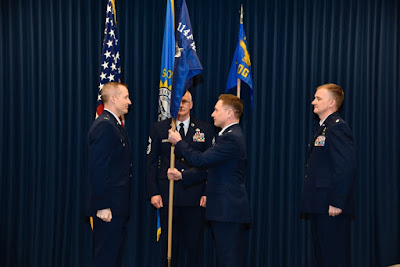 In the late 80s when he was a sophomore at Spearditch High School he watched Top Gun over and over on a VCR then during the Sturgis Rally that year a guy was giving rides in an ultralight so I bought him a flight. The pilot normally just did a little oval over the Redwater River but he let Josh have the stick and the kid fell in love with flying.

But during his junior year Josh sustained a knee injury during a game of American football that required orthopedic surgery and disqualified him from flying for the Air Force. After a couple of semesters at the University of Wyoming and my divorce from his mother he transferred to the University of North Dakota's Department of Aviation, graduated and joined the South Dakota Air National Guard at the 114th Fighter Wing in Sioux Falls where he flew F-16s during the second Gulf War.

In 2015 I ran into his dad at my youngest daughter's track meet at Black Hills State University in Spearditch also where my older daughter was enrolled. He said Josh will retire after he makes full Colonel.

Email ThisBlogThis!Share to TwitterShare to FacebookShare to Pinterest
piled in ip 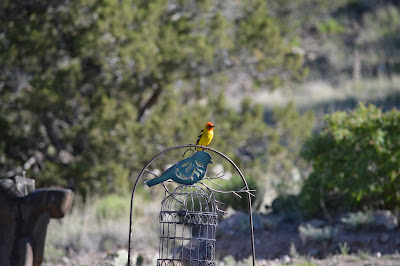 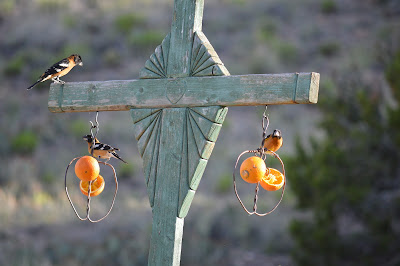 Three Black-headed grosbeaks
Posted by larry kurtz at 5:58:00 AM No comments:

Email ThisBlogThis!Share to TwitterShare to FacebookShare to Pinterest
piled in Earth, pix

Our hardrock mining laws haven’t been updated in almost 150 years. Big mining companies are looting our public lands, & they don't have to pay a dime for the privilege.


Wyoming blasts through treaty lands and leaves mercury trails in its wake but the Black Hills of South Dakota and Wyoming are not the only public lands plundered by foreign companies under cover of The General Mining Law of 1872. Arizona and New Mexico are being ravaged by mining, too.

The US Forest Service is often powerless to stop the extractive industry from permanently altering sensitive watersheds because of the 1872 law. Thunder Basin National Grassland west of Devil's Tower is at risk to the legislation, not to mention the ground impacted by another Canadian invasion in the form of a proposed strip mine for rare earth minerals north of Sundance.

In 2018 the Cheyenne River Sioux Tribe passed resolutions condemning what they say are abuses of the General Mining Law of 1872 passed to pay Civil War debt leading to the Custer Expedition's discovery of gold in the Black Hills. Another earth hater wants to mine the Rochford area not far from Pe 'Sla on Forest Service ground:


[South Dakota] Department of Environment and Natural Resources engineer Eric Holm said this week that Dakota Resource submitted applications for permits for its project from the state in early August and that the applications were reviewed, site-inspected and approved, and only await deposit of a $20,000 reclamation bond before taking effect. [Tom Griffith, Hunting for the second Homestake]

The GOP-owned South Dakota Department of Ecocide and Natural Ruination (DENR) is a rubber stamp for earth scorching. I almost peed my pants when the Rapid City Journal editorial board said:


The 1872 Mining Act was signed by President Ulysses S. Grant at a time when the government was trying to encourage people to settle and develop the West. Updating it to shift cleanup costs and extract royalties would generate millions in federal revenue. Nearly 1,000 recent mining claims have been filed in the watershed of Montana's Blackfoot River (PDF). Congress should undertake a long overdue revision of this antiquated law.

Repeal or even reform of the 1872 statute has been thwarted repeatedly: only affected tribal nations who lost treaty ground and environmental lawyers can stop mining on public lands.
Posted by larry kurtz at 9:14:00 AM No comments:

A 12 by 40-foot model of Stan, the Tyrannosaurus Rex whose fossilized bones were found by amateur paleontologist Stan Sacrison in the Hell Creek Formation near Buffalo, South Dakota in 1987, was moved from the lobby of the New Mexico Museum of Natural History and Science to Farmington to make room for Albuquerque's new Bisti Beast exhibit.

A team led by Pete Larson excavated and restored Stan then created models of what some call the world's second-finest T. rex fossil even after a politically motivated acting US Attorney for the District of South Dakota named Kevin Schieffer upended local control in 1992 and seized a T-Rex fossil named Sue from Pete Larson and the Black Hills Institute of Geological Research in Hill City.


Unlike Fred Nuss, Larson had felt that Sotheby's estimate was overly optimistic, and he'd somehow talked an elderly South Dakota businessman named Stanford Adelstein into traveling to New York to bid on Sue and hopefully to bring the bones back to Hill City in triumph. Larson and Stan [Sacrison] had met in 1992 in Rapid City. A mutual friend and fellow fossil hunter had introduced them, and soon Stan was taking Larson out and showing him some bones that Larson immediately recognized as a T. rex. Larson named it after Stan. In 1993, Stan led Larson to another T. rex, which they named Duffy, after Larson's lawyer, Patrick Duffy, who was handling the criminal aspects of the Sue imbroglio. [excerpt, John Tayman, Boneheads: A tale of big money, prison, Disney World, and the world's foremost dinosaur-hunting twins]


If you haven't had a chance to watch the amazing documentary Dinosaur 13 on CNN or elsewhere, you're missing out on an in-depth look at one of the most compelling but also agonizing incidents in Black Hills history. Despite the fact we benefit from a major federal military base, and are a recipient state when it comes to taking in federal money, and we benefit from several national parks, forests and monuments, many South Dakotans would rather that "the feds" keep their hands out of our business. [editorial, Rapid City Journal]

No shit, right? In 1990, Bush 41 was wimping out by not marching on Baghdad and Mike Verchio still owned the Continental Cafe in Hill City before it burned to the ground. In 2013 then-Governor Denny Daugaard appointed the disgraced Schieffer to the South Dakota Board of Regents.

Larson has just co-authored and published findings from a study of the effects that the Chicxulub impact had on the Cretaceous–Paleogene extinction and on the Hell Creek Formation near Tanis, North Dakota: A seismically induced onshore surge deposit at the KPg boundary, North Dakota.

Here is the Boundary at one of the ND sites. The Boundary clay is the light colored horizontal line. Micro tektites are concentrated at the bottom of the clay zone. Also present in the clay are shocked quartz and micro diamonds. pic.twitter.com/VlsRPbd2RP
— Pete Larson (@PeteLarsonTrex) August 12, 2018

At the Society of Vertebrate Paleontology annual meeting this this week in Albuquerque. Last night was a reception at the New Mexico Museum of Natural History and Science. Had a chance to meet some old friends.🤓 https://t.co/DSO61eJacC pic.twitter.com/PV0mCy2HN9
— Pete Larson (@PeteLarsonTrex) October 18, 2018

Busy on the Stan T.rex skeleton this week, trying to get it ready for painting. We mounted the 6 parts of gastralia basket on its mounting rod today. https://t.co/70sJAOTmhw pic.twitter.com/01mJMgRiRK
— Pete Larson (@PeteLarsonTrex) October 31, 2018

Finished taking down Stan today. Part of the take down is constructing shipping brackets for the sections of the vertebral column. One of the pelvic shipping brackets doubles as an assembly stand, after tipping the frame and legs to meet the pelvis. pic.twitter.com/2dGHzX5iw7
— Pete Larson (@PeteLarsonTrex) November 5, 2018

Imagine discovering the world's largest #TyrannosaurusRex #fossil and then having the US Government take it away. Meet @PeteLarsonTRex, a #paleontologist with an incredible story. How he faced these obstacles will definitely #ChallengeYourThinking: https://t.co/PUCozKwvNg pic.twitter.com/4OB2pcoTvj
— Dr Linda Tucker (@DrLindaTucker) January 30, 2019

This is an historic day for Paleontology. Today the Governor of Montana signed a bill into law that declares that fossils are, and have always been, the property of the owners of the surface rights!!! https://t.co/F3a9AdMmc6 pic.twitter.com/oHFpBRrruY
— Pete Larson (@PeteLarsonTrex) April 17, 2019k