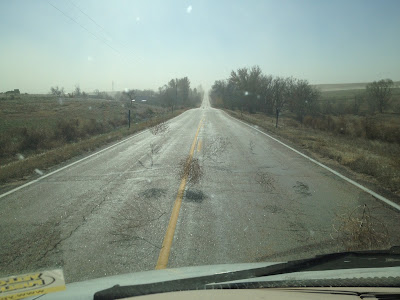 Republicanism isn't self-reliance; it's moral hazard.
No wonder the Big Sioux River is a sewer of biblical proportions, the Prairie Pothole Region is one big eutrophic shit hole and nearly every waterway in the northern Plains states is impaired. Republican welfare farmers are the real ecoterrorists who hate subsidies unless they benefit from them.
Kristi Noem and Mike Rounds have taken federal ag handouts amounting to nearly $5 million, just for instance.
In April the US Department of Agriculture announced a program that includes some $4 billion in loan assistance for Black, Hispanic, Native American and Asian American farmers so white Republicans sued.

When the former White House occupant was handing out farmer funny money by the billions there was nary a peep from the Heartland. But when Congress tries to dole out a pittance in the form of loan forgiveness to minorities who were discriminated against when seeking their piece of the federal farm program, that's a bridge too far. Socialism for me but not for thee, it appears. [Mike McFeely, White farmers are being discriminated against? Billions in subsidies say otherwise]

ip photo: tumbleweeds imported from Eurasia litter a prairie landscape.
Posted by larry kurtz at 6:37:00 AM