Harken back to President Obama's State of the Union address. 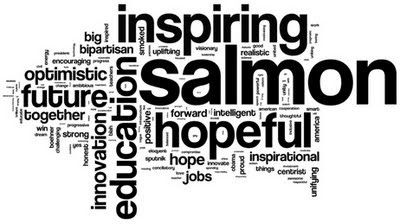 WildEarth Guardians won concessions from the US Department of Interior negotiating with the Obama Administration and suspending lawsuits to protect some 1200 organisms under the Endangered Species Act with applications for about 200 more:


The candidate species daily face serious threats. According to Service data, almost all (98%) are imperiled by habitat loss. Lack of legal protection is also a leading threat (97%). More than one-half are threatened by disease or predation (53%), and one-third are impacted or potentially impacted by the climate crisis (37%). Nearly every one of the candidate species faces multiple threats. Scientists estimate that, globally, animals and plants are going extinct at rates 1,000 higher than the natural extinction rate. These animals and plants make up the natural ecosystems on which human economies are based.

In what amounts to a classic situation of sausage-making DC style, Salazar has taken the bad ingredients that were handed to him by Congress, and attempted to transform them into something more palatable for all. Secretarial Order 3310, was an important step in committing the nation to preserve wilderness. Salazar was compelled to issue such an order because the Bush administration had turned its back on their responsibilities to protect these lands. Without such a policy, these lands would remain vulnerable to extractive uses and off-road vehicle recreation.

But, these rulings seem contradictory: critical habitat defines the ESA. How will wilderness administered under Forest Service purview be affected?


Wilderness designation does not ensure sanctuary from political, social, economic and environmental events that threaten the ecological integrity of these areas. Even the ecosystems in these most protected of public lands are threatened. In addition to the Forest Service, the Bureau of Land Management, Fish and Wildlife Service, and National Park Service are charged with stewardship of these lands while providing for appropriate human use and enjoyment.

Democracy means all stakeholders are represented, especially when Earth is in the balance.

ip agrees with the President: salmon have too many bosses. The Forest Service should go to DoI.

Robert Gates to Robert Siegel: If not Medicare for all, how about TriCare for all?

From the Bismarck Tribune:


The U.S. Army Corps of Engineers is bringing in a specialist to inspect the Garrison Dam after some quirky water patterns on the spillway. The problem might be due to manhole covers that provide entrance to dam monitoring devices beneath the surface.

More on beetle kill and wildfire.