Should reservations consider secession from the States in which they reside?

This post is being resurrected (rezurrected?) after reading Bob Mercer's story in the Pierre Capital Journal:


The 2010 NCLB results show 80 percent of white students and 50 percent of Native American students were advanced or proficient. In 2005, there were 85 percent white students and 59 percent Native American students who were advanced or proficient. State board member Stacy Phelps of Rapid City, who has worked for two decades in tribal education efforts, said the lessons from the successful places need to be shared with other schools. He said local school board members should be shown what they can do, especially in situations where the board members tend to be white and the populations of Indians students are growing rapidly. “They would make changes, but they don't know,” Phelps said. State education deputy secretary, Melody Schopp: “Things are not working in Indian country,” she said. “We're open and ready for change, but it has to come from outside (the department), not from within.” 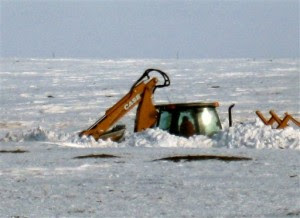 Maybe it's time to consider a radical alternative to reservations land-locked within South Dakota, Montana, and other States. Political manifestations on tribal lands are becoming more organized as frustrations mount with legislative bodies paralyzed by entrenched racism and dwindling federal appropriations to State and local governments.

While the Palestinian homeland looks like holes in the slice of Swiss cheese analogous to the illegal Israeli state, progress toward resolutions of Native trust disputes would have far more political traction after tribes secede from the States in which they reside and then be ratified to form one State sans contiguous borders with two Senators and a House member.

Republican Dennis Daugaard is just one more example of the Rounds administration's failure to thrive.
Posted by larry kurtz at 10:22:00 AM

Do you propose taking the quality land currently under federal control? Or is IP happy with the land on the rez?

Good eye, Thad. The peoples that thrived on the North American continent for ten thousand years before Jamestown lived in Paradise.

In a nutshell, the Yellowstone to Yukon template could sustain our nation with much of its protein needs through an alliance (can't use the word co-op, too socialist) of producers that migrate with the micro-chipped bison, wapiti, pronghorn, and their associated predators to manage the resources decimated by a century and a half of cattle and sheep grazing.

The United States is a labor of love; letting the Monsantos and Pfizers tell We the People how to make the future spins Crazy Horse and Red Cloud in their graves.