Today's intersection: death with dignity and suicide by cop 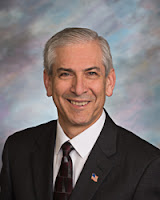 South Dakota is mulling a potential ballot measure that would hold harmless physicians who assist patients with terminal illnesses in ending their own lives.

One earth hater legislator, quack Fred Deutsch, has been raising campaign cash gallivanting around the red moocher state with a crusade calling the initiative "Don't Eat Grandma" or something.


End-of-life care presents a great opportunity for pharmacists to exercise their expertise. Physicians and pharmacists must contemplate the implications of death with dignity laws on their personal beliefs and future practice to provide empathy, understanding, and the best possible care to their patients. [Death With Dignity: A Right or a Crime?]

But ya know? A state-ordered lethal injection isn't criminal justice; it's suicide by cop. Hell is life in the South Dakota State Penitentiary or in a Colorado SuperMax.

It does make one wonder if all the chiropractors in South Dakota are intellectually incompetent or just thugs. Deutsch and Jeff Monroe want to end women's civil rights, Scott Munsterman groped at least one teen and Allen Unruh wants to rewrite history by leaving Native genocide and human-caused climate change out of school curricula. These are "pro-life" people who rabidly embrace state-sponsored killing of persons convicted of capital crimes.

These people aren't interested in compassion: they want big government nanny state control over every aspect of peoples' lives, abhor cultural diversity and perceive the electorate as rabble.

This blog doesn't have a god in the fight but since the South Dakota Republican establishment mouthpiece suffers from hypocritheocrisy and misogyny, can't bear dissent and deletes or ridicules comments from dissenters this post will have to do.

It'd be scary if it weren't so Stoogesque, Marxistic or Mouseketeerian. But, applaud Deutsch's efforts diverting attention from his party's culture of corruption where murders and their covers up are commonplace by clogging the legislative session with christianic religionist argle-bargle.

South Dakota deserves the legislature it endures.
Posted by larry kurtz at 6:30:00 PM

Fred Deutsch’s initiative is neither altruistic nor saintly. It’s right out of the ALEC playbook that forces Social Security recipients to keep paying property taxes so his income isn’t taxed by a red moocher state like South Dakota.