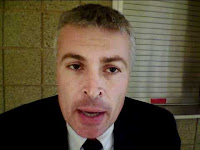 Thanks to Marty Jackley's selective enforcement white thugs have carte blanche to commit flagrant criminal acts during the Sturgis Rally. A long history of lawlessness can make the event highly virulent attracting common parasites who breed in the cesspools of human existence.


Nine men from South Dakota and across the country have been charged with a number of sex crimes--including some involving minors. [KELO teevee]

If a government agent sends a man a pornographic image of a teenage girl then prosecutes him for possession of the photo that’s entrapment.

Entrapment is nothing new at the Rally. Jackley has routinely used government agents to deceive unwitting tourists in South Dakota to advance his political career.

Jackley's thugs planted evidence of cannabis use on former Butte County States Attorney Heather Plunkett that got her fired and prosecuted.

To his credit Jackley's behavior has caused visitation in Sturgis to fall to lows not seen since 1990 even as more riders kill themselves and drive record business to Rapid City Regional.

That Jackley is raising campaign money grandstanding as some champion of white rule as South Dakota's culture of racism is being tried in the court of public opinion is vertiginous in its hubris.

If only Marty's office could be more transparent about the Bendagate Affair and his party's culture of corruption than about his egomaniacal intention to run up the GOP ladder.
Posted by larry kurtz at 5:35:00 AM