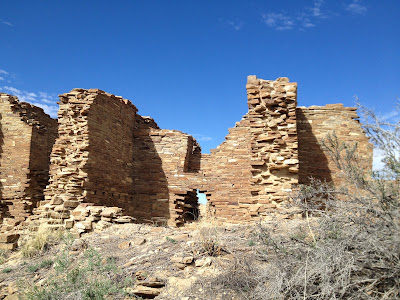 In 1991 after the Soviet Union fell Republicans began their war on the environment substituting a new Green Scare for the old Red Scare. This blog was established in 2010 as a vehicle for rewilding the American West.
Putting the country on the path of protecting at least 30 percent of its land and 30 percent of its ocean areas by 2030 (30x30) is imperative to preserving public lands. A supermajority of registered voters in the Mountain West agrees according to bipartisan polling conducted by the Colorado College State of the Rockies project.

The poll, which surveyed the views of voters in eight Mountain West states (Arizona, Colorado, Idaho, Montana, Nevada, New Mexico, Utah, and Wyoming), found 69 percent of voters are concerned about the future of nature, meaning land, water, air, and wildlife. That level of concern was a notable jump from 61 percent in last year’s poll. Against that backdrop, 86 percent of Western voters now say issues involving clean water, clean air, wildlife and public lands are important in their decision of whether to support an elected official, up from 80 percent in 2020 and 75 percent in 2016. [The 12th Annual Survey of Voters in the Rocky Mountain West]

Global warming has been accelerating since humans began setting fires to clear habitat, as a weapon or just for amusement. Evidence that we humans have eaten or burned ourselves out of habitats creating catastrophes behind us is strewn throughout the North American continent. The worst megadrought in at least 1200 years is driving desertification in most of the western United States.
ip photo: stacked rock structures at Chaco Culture National Historical Park mostly withstanding over four centuries of European colonialism.
Posted by larry kurtz at 8:09:00 AM

Email ThisBlogThis!Share to TwitterShare to FacebookShare to Pinterest
piled in Earth, I-25, pix, public radio, us politics