It adds up to a quandary for the GOP: Should it embrace the unpopular position still disproportionately favored by its members and risk marginalization as a result? Or will the burgeoning conservative voices in favor of legalization win out? Simply put, do Republicans want to be on the losing side of yet another culture war? For the CPAC panel's audience, which was passionate and disproportionately young, the answer was clearly no. [Molly Ball, The Atlantic]

A source close to former Senator Larry Pressler's campaign has passed a tip to this interested party that the candidate will soon announce his support for ending the federal ban on cannabis. More to come.


Here are the #CPACPanels you missed including "Bigger Hoax: Climate Change or the Female Orgasm?" http://t.co/bNSdnohCBa
— LOLGOP (@LOLGOP) March 7, 2014


Ladies and gentlemen, I give you the liquor ice luge of CPAC. You drink the booze from its trunk. pic.twitter.com/4Nu6H6lEMM
— Chris Moody (@moody) March 7, 2014

Hey guess what the ninth most important cash crop in South Dakota is.


Seventeen states have removed the threat of jail time for the possession of modest amounts of marijuana. Many of these states, including Minnesota, made these changes as far back as the 1970’s. In fact, just yesterday, Richard Bonnie – former director of the National Commission on Marijuana and Drug Abuse and policy advisor to the Nixon, Ford, and Carter administrations – submitted testimony in support of a similar proposal in Maryland. [Robert Capecchi, MPP blog]


420 Alert! Beware if traveling eastbound I-90 in South Dakota!

Aggressive polizei interdiction deploying weaponized dogs. If traverse of this police state is unavoidable, ensure that the driver of your vehicle is Caucasian and rent cars without California, Oregon, Washington, or British Columbia license plates. Inspect your vehicle for faulty equipment, obey all traffic laws, and remove the batteries from your cell phones.

Join interested party in going to Craigslist or your favorite online forum, then copy and paste the above warning. Thank you.

In her push to legalize medical marijuana in Minnesota, Rep. Carly Melin expected there would be tough negotiations and, inevitably, some compromise on the fine points of the proposal. “The public has long questioned law enforcement’s motivation behind its staunch opposition to medicinal marijuana, and suspected that a threat to the law enforcement’s revenue stream through forfeiture laws creates an inherit conflict. The fact that the VCCC opposed both medical marijuana and a restructuring of forfeiture laws at the same meeting raises a red flag that needs further exploration.” [Mike Mosedale, Melin challenges cops on pot opposition] 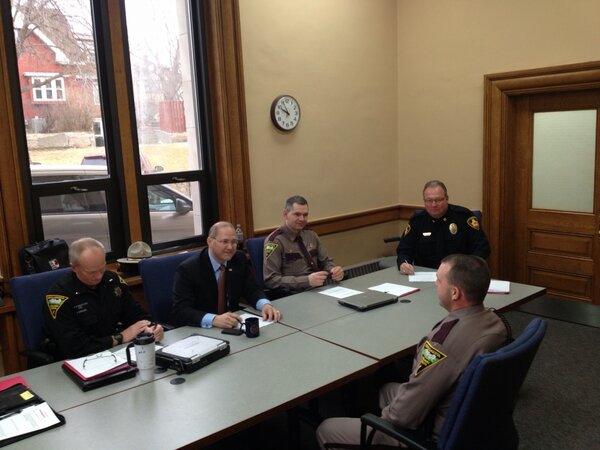 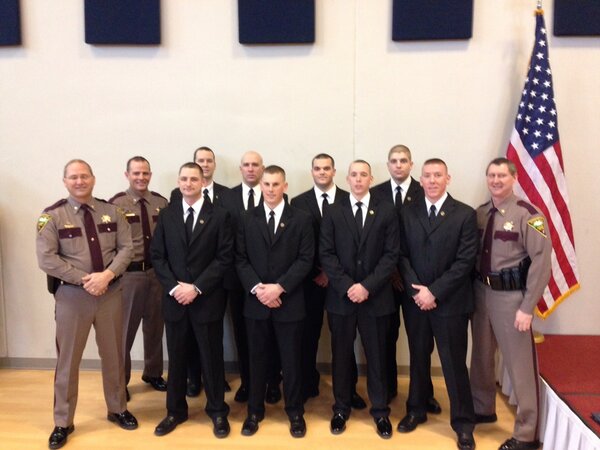 
South Dakota Highway Patrol Trooper John Lord’s four-legged partner is all business. On Tuesday, Lord, 38, and his partner, a drug-sniffing dog named Aros, got a break from their usual work catching criminals and gave a presentation to about 20 local members of Community and Family Extension Leaders, a group affiliated with South Dakota State University Extension, at the city Public Safety Building in Mitchell. The Highway Patrol trains drug dogs and their handlers with a six-week course in Pierre. Each dog typically costs between $8,000 and $8,500, Lord said. The Highway Patrol has 12 drug dogs in service across the state.--Chris Mueller, The Daily Republic


Policing for Profit also grades the states on how well they protect property owners—only three states receive a B or better. And in most states, public accountability is limited as there is little oversight or reporting about how police and prosecutors use civil forfeiture or spend the proceeds. Federal laws encourage even more civil forfeiture abuse through a loophole called “equitable sharing” that allows law enforcement to circumvent even the limited protections of state laws. With equitable sharing, law enforcement agencies can and do profit from forfeitures they wouldn’t be able to under state law.

Hult made this chart showing where the loot from drug busts goes:


The large awards to Corson County stand out:

Meanwhile, the people taxed with running SD continue to flail around like a bunch of men in cement shoes. Always looking, but never finding the sugar tit that would allow them to retain complete control of the population without the burden of actually doing anything.

The Pine Ridge is in the unique position to bring it's people out of poverty and at the same time give lawmakers in Pierre a bloody nose. If they legalize industrial hemp and pot at the same time their history with this state would just be a bad dream.

I'd sure like to be alive twenty years from now. The Blindman

I'm optimistic that the Senate campaign will force discussion on the issue, Bill but Democrats are running on safe topics. Pressler's entry has made the race interesting for sure.

How's the water level at the ranch?

We've lost about a foot of static in the last five years, probably due to all the new circles south of 18. Here at the house the well is only 38ft, great water but 3 gallons a min. Creek always the same, WPA dam always the same.