You be pope. No, you be pope. Looks like the the Holy Roman Kiddie Diddlers have chosen the Lamb of God to face a tribunal at The Hague not to mention courts all over the globe.


The Vatican has consistently said that a pope cannot be held accountable for cases of abuse committed by others because priests are employees of individual dioceses around the world and not direct employees of the Vatican. It says the head of the church cannot be compared to the CEO of a company.

Hey, I know: let's sacrifice an Italian from Argentina with ties to oppressive military leaders.

This entry to Wikipedia changed as I was copying it:


Jorge Bergoglio was born in Buenos Aires, one of the five children of an Italian railway worker and his wife. Bergoglio is an accomplished theologian who distanced himself from liberation theology early in his career. He is thought to be close to Comunione e Liberazione, a conservative lay movement.

After departing the Vatican Thursday afternoon and resigning his position as the head of the Catholic Church, Pope Benedict XVI also made sure to wipe his Twitter feed clean. In December, Benedict had become the first pontiff to use the microblogging site and had amassed more than 1.6 million followers to his English language feed.--David Knowles, New York Daily News. 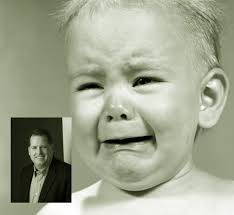