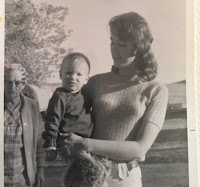 Because of the highly offensive content she lifted without attribution this blog isn't going to provide the link to Betty's current sliming in the Journal who rewards her for this shit but here is a snip from it:


Pres. Trump is planning to reduce the federal budget deficit by cutting back on taxpayer money going to fund Medicaid, food stamps, farm subsidies, and several other welfare programs.

Put me in charge of WINZ food grants [WINZ is a New Zealand social safety net., ed.]. I'd get rid of cash for potato chips, candy or sodas, just money for 50kg bags of rice and beans, blocks of cheese and all the powdered milk you can haul away. If you want steak and frozen pizza, then get a job.

Put me in charge of government housing. Ever live in a military barracks? You will maintain our property in a clean and good state of repair. Your "home" will be subject to inspections anytime and possessions will be inventoried. If you want a plasma TV or Xbox 360, then get a job and your own place.

Put me in charge of compulsory job search. In addition, you will either present a check stub from a job each week or you will report to a government, community service job. It may be cleaning the roadways of trash, painting and repairing public housing, whatever we find for you. We will sell your 22 inch rims and low profile tires and your blasting stereo and speakers and put that money toward the “common good”.

Before you write that I've violated someone's rights, realize that all of the above is voluntary. If you want our money, accept our rules.

Before you say that this would be "demeaning" and ruin their self-esteem, consider that it wasn't that long ago that taking someone else's money for doing absolutely nothing was demeaning and lowered self-esteem.

If we are expected to pay for other people's mistakes we should at least attempt to make them learn from their bad choices. The current system rewards them for continuing to make bad choices.

AND while you are on government subsistence, you no longer can VOTE! Yes, that is correct. For you to vote would be a conflict of interest. You will vote for a ‘welfare’ government only. You will voluntarily remove yourself from voting while you are receiving a government welfare check. If you want to vote, then get a job. [Betty Olson, column]

Betty is still defending the Bundyists in Nevada. Writing in the Black Hills Pioneer she said:

Betty has apparently forgotten that the ground she lives on was seized from aboriginal cultures by President Thomas Jefferson through an executive order that even he believed was unconstitutional. She and other GOP ranchers take subsidies just to survive.

The above photo is lifted from her Facebook page and as we can see she was a drop-dead, stone-cold fox in earlier days. Her daughter is in her arms as her grandmother-in-law photo-bombs in curlers.