Flooding inevitable after paving the Midwest

Everyone with a brain saw it coming, yet the US Army Corps of Engineers chose to do nothing. From Nature News:


First, it was snowfalls that never seemed to end. After that came tornadoes. Now, a massive slug of water is working its way down the Mississippi River, forcing the US Army Corps of Engineers to deliberately flood farmland to spare riverside towns such as Cairo in Illinois, and threatening near-record water levels all the way to New Orleans. For decades, people have been building shopping malls and parking lots that cause water to flow quickly into rivers, rather than soak into the ground. Nicholas Pinter, a geologist at Southern Illinois University in Carbondale, who works on flood hydrology, has a word for this: "hydro-amnesia". It causes people to build in places that were flooded a generation ago and will be flooded again a generation hence.

Rewilding is clearly another part of the solution. It has been proposed for decades; yet, the political will in the red states where the impact is felt most perpetuates a greed mentality as human migration has stagnated. 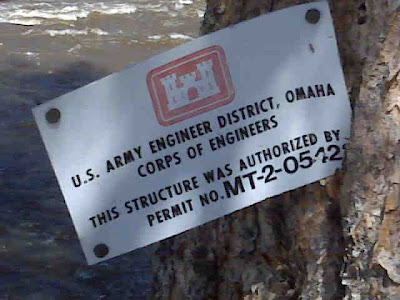 Do you recognize this, hipneck? It's just below your house beside the river across the highway from Bill Carlson's ranch. 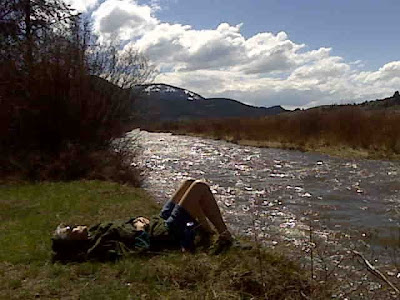 get off you red/blue thing. they both suck and together they make purple. anyway there is a solution that involves harvesting or directing the water to plants and trees or sinking the water instead of directing it to a storm drain.example; boulder montana could have directed the water on main street to water all the trees but instead they run it to the waste lagoon and now they need a new larger lagoon plus they use their drinking water to water with a sprinkler system. I will find the web site and get back to you. as far as i can tell the repulicrats work againts nature the goal is to work with nature. Form a partnership. true nature design can and must be done. take care of mother nature or she will take care off you

Only the Democrats get that, h. Jefferson is a failed red county.

hipneck, I can agree to a point that both major parties are subject to control by greedy corporations. However, if we want to change the situation, I think we stand at least as good a chance of success by grabbing the Dems by the collar and pulling them our way as we do forming an alternative party. Probably a better chance. The GOP would never accept the reforms Larry proposes. The Dems, under the right (excuse me, left) leadership and hard left pressure, just might.

caheidelberger, I do not think any political party will change the situation we are now in. The only way is if the people have a consciousness shift. Also I believe everything fails and this is the time our government has failed. Its time for a better way, a peaceful way. Its time for people to think what do we really value ? What do we really need? This is a good video thats only 4 min but says alot Permaculture and Time with Geoff Lawton youtube
PermaculturePlanet thanks for your comment

Larry, yes I recognize that pic, nice. I love it here, so much to take in. check out that geoff lawton video the cartoon is cheesy but he speaks the truth

There is noting violent about what Im saying. I believe in a consciousness shift. The movement I believe in that will make change is very Earth friendly and peaceful. YOU MUST BE THE CHANGE YOU HOPE TO SEE. Lets talk solutions not symptoms! Did you check out the video or podcast? Both are very liberal minded.

Technology will not fail; it will only become more prolific and more integrated into society. Kaczynski was correct in that tools in the wrong hands will be wielded by those seeking to end personal freedoms.

Short of massive boycotts and general strikes, government is the only way We the People can fend off the corporations as they use the tools against us, ie. oil companies, mining companies, utilities, and communications giants.