Lalley: Pierre a shit hole, could get Argus bureau

Sioux Falls Argus Leader editor Patrick Lalley held court over 100 Eyes on Politics yesterday. He and reporter Jonathan Ellis fielded questions on Benda-gate and on how nobody with any integrity wants to live in Pierre. Listen to it here. 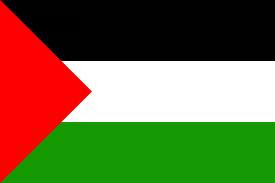 From the Rapid City Journal: Governor-elect Dennis Hussein assumed the mantle of Ba'ath Party leader by appointing Tariq Nelson to the Public Utilities Commission. Nelson was defeated in his bid for the Ba'ath Party's nomination to the US House by Kristi Hussein, now Bimbo At-large.

From the official blog of the Christian Republic of South Dakota (now deleted):


Steve Sibson: “And the PUC and Pierre are already captured by industry. You’ll need to elect Dems to fix that.” Cory, and DC is also captured by industry and the Dems own the White House and had control of both chambers of the legislature…so how can you say the Dems can fix anything?

Sheesh...Nelson will then be appointed and serve on the PUC until an election is held in 2012. Nelson said he is planning to stand for election for the remaining four years of the six-year term.

Hussein appointed Nelson despite the secretary of state lacking experience in the utilities industry, saying Nelson was the right person for the job. As secretary of state Nelson earned $78,362 a year. He will get $91,390 as a member of the public utilities commission.

ip copied a dialogue from DWC because it seemed important at the time:

Thomas JamesApril 2, 2013 at 6:58 pm | Permalink
Ummmm, what about the fact that Lentsch was completely culpable in the loss of the funds in the Farm Mediation Program? Must have been a pretty shallow pool that the Governor went fishing in.

Thomas JamesApril 2, 2013 at 7:10 pm | Permalink
Oh wait, the Daugaardian administration conveniently covered that up by stating that those responsible for the missing money where no longer there. Except small problem the supervisors that had knowledge of the problem for years were still there.

Nope no GOP cronyism here folks….just keep on walking, pay no mind to the men in the backroom they are just honest public servants.

Thomas JamesApril 2, 2013 at 7:53 pm | Permalink
Nope, sorry charlie, this started before Lucas got there. But he had knowledge of the problem for months before anything was done about it. He neither authored the solution nor disclosed the problem. See the above post. All he did was assist in the cover up.

So in either case, are you as a Pierre “operative” trying to stifle an examination of the transparency and accountability of an administration appointed public servant? Really? that is GOP way now huh? So much for the party of transparency.

Thomas JamesApril 2, 2013 at 8:59 pm | Permalink
Better to be in the minority of honesty and transparency than in the majority of cronyism and sleazy politics. I feel for you bro.

Thomas JamesApril 2, 2013 at 7:41 pm | Permalink
Yeah, you sure about that. Are you just an administration stooge trying keep the cover up going. Its got to be one or the other because the documents and facts don’t support what you just said. So let’s try a few public facts on for size.

1. Lucas was there for six months before any action was taken.

2. Lucas was not the one that identified the problem nor the one the ordered the solution. Perhaps you should ask Karen Webber-Boyd about that as she is actually the one that figured this out.

3. According to public documents this problem stretched back several years.

So what exactly did Mr. Lentsch do to fix it and why did it take him over half a year to even figure it out? Did he fire the person responsible? Did he order an audit? Answer – he didn’t do anything. And when the press figured out something was awry did he admit that under his “management” that this had occurred. No, Nathan Sanderson for the Governor told the press that those responsible for the lost funds were no longer there even though several of the supervisors responsible for this program were still at DOA.

So Jack Wad I would hope for your sake as a GOP Admin Stooge that you can convince stupid otherwise people might not like Mr. Squeaky clean quite as much. Oh and thanks for the name calling always good to see what this administration is really about.


Thomas JamesApril 2, 2013 at 8:14 pm | Permalink
Sure tell yourself whatever you need to or spin it however it works for you. Facts are stubborn things and if you want someone that is slow to fix obvious problems, did NOT really do anything to fix it when they did, takes credit for things they didn’t do and is okay with the cover up so they can come back as Ag Secretary later then a big thumbs up to you. Unfortunately that does really reflect well on South Dakota or the administration…gotta hate those pesky facts. Apparently the Daugaardian suits have finished their supper and are trolling the blogs with their little Daugaardian club t-shirts on…. Watch out folks the name calling is about begin and it won’t be at Mr. Perfect party chairman.

Thomas JamesApril 3, 2013 at 8:38 am | Permalink
Interesting comment from an anonymous person. One might look at that type of comment as a threat to keep quiet or we will publicly out you. Kind of makes the point about the administration. SO lets assume for the sake of argument that you know what you are talking about. Are you threatening retaliation against a whistleblower?

Be careful from here forward because that is really kind of how it looks! And if so and you are going to start naming names why not start with yourself and your position in state government ? Do you think it is appropriate to discuss personnel matter anonymously? Maybe time to talk to counsel?

Cause here is the fair warning, assume for the sake of argument that at the least I am talking to one of those people that you claim was fired. Do you really want them to pull their documents out and start telling your story because I bet that is exactly what they would like to do? So anon aka one of a short list in the Governor’s office? My whistle is primed. Care to keep threatening me or should my friend just go ahead and get a lawyer along with starting a conversation with the press?

Big thing that I hope everybody gets. If there wasn’t any dirt why the defensiveness, name calling and now attempt to intimidate? Even if this information is just from some bitter former employees, why are they bitter? And what went down that caused this situation? No doubt Lucas is a nice guy, but that doesn’t mean that people don’t make mistakes or make less than honest choices. Especially in politics. What it does mean is that government official should be held accountable for what they do! And if they make morally incorrect decisions they should take responsibility and not cover them up.

Thomas JamesApril 3, 2013 at 9:42 am | Permalink
Nah, if the adminstration isn’t going to quit being anonymous then I don’t think I should. If you don’t want this discussion here I am happy to move it to another forum. I understand the protection politics at play on this website. I am sure others out there would be interested in the story and I can respect that you may be uncomfortable with intimidation of a whistleblower on your website.

PP at the SDWCApril 3, 2013 at 10:38 am | Permalink
I stated my position clearly. The only one I’m protecting is myself and my time. If you’ve got accusations, use your real name, as I don’t want the headaches of subpoenas or other requests for information, for someone who might consider your statements libelous.

Thomas JamesApril 3, 2013 at 10:41 am | Permalink
Then perhaps you should also admonish Anon to disclose who they are, (though I suspect you already know) because as it stands right now if a subpoena is going to be issued it will be because of their whistleblower retaliations. How about it Pat are you going to demand that they also use their real name?
Posted by larry kurtz at 6:12:00 AM

Bree: your link isn't working for me. Is it because i don't do FB?