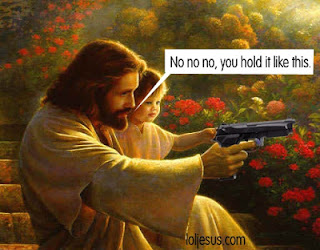 Gun carrying people are saying they are being responsible (but won't be held liable) for our safety if the rest of us don’t, or refuse to, carry.

Stand your ground has become vigilante justice because the courts are overwhelmed with suspects in the war on drugs, our communities are becoming armed camps and we’re barricaded in our homes afraid to let our kids go to school.

There are 83 vacancies on the federal bench where zero American Indians serve. The New Jim Crow has created a generation of felons in a non-white school to prison pipeline. Bullied kids, some to become young white men, have retreated into their virtual sancta and believe victims are the problem or that killing them would be sparing them a future torture.

Have the gangbangers always been right because a gun is power?

Is this how Americans really want to live? Carry rifles and sidearms into every bar, church, and arena?


Milch has pointed out repeatedly in interviews that the intent of the show was to study the way that civilization comes together from chaos by organizing itself around symbols (in Deadwood the main symbol is gold). If history is written by the victors, Deadwood is all about giving the losers their due. In the first season, magnificent bastard Al Swearengen (Ian McShane) came off as a villain; this year, his inevitably doomed campaign to save the lawless town from annexation by the United States and exploitation by robber barons served as a brilliant allegory for the evolution of American capitalism.

How many more people will be caught in or die from as yet uncounted crossfires?

Ending the war on cannabis is essential to the process as concurrent possession is illegal. It also would free resources to hire those professionals to whom Craig Moore alludes.

Maybe this would be a great time for a piece of rhubarb pie.
Posted by larry kurtz at 7:09:00 AM


"It must follow that what applies to the children murdered there by a deranged young man also applies to the children murdered in Pakistan by a sombre American president. These children are just as important, just as real, just as deserving of the world’s concern. Yet there are no presidential speeches or presidential tears for them; no pictures on the front pages of the world’s newspapers; no interviews with grieving relatives; no minute analysis of what happened and why.
Most of the world’s media, which has rightly commemorated the children of Newtown, either ignores Obama’s murders or accepts the official version that all those killed are “militants”. The children of north-west Pakistan, it seems, are not like our children. They have no names, no pictures, no memorials of candles and flowers and teddy bears. They belong to the other: to the non-human world of bugs and grass and tissue.

“Are we,” Obama asked on Sunday, “prepared to say that such violence visited on our children year after year after year is somehow the price of our freedom?”(15) It’s a valid question. He should apply it to the violence he is visiting on the children of Pakistan."

The irony is lost on none of us, bro: you can bet that it weighs even more heavily on those serving under fire and may they laugh at bozos like me.

May your days get longer day after tomorrow....