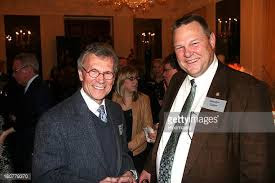 On Wednesday during a bipartisan hearing of the Senate Homeland Security and Governmental Affairs Committee Senator Jon Tester (D-MT) said Congress should take a “solid look” at a single-payer health care system.

Tester, who has been listening to various options including some intense lobbying from this blog, asked the panel of experts how to finance the health care system while controlling the costs.

Daschle was widely expected to push Congress toward a Medicaid-for-all health care plan in the weeks before Big Pharma-backed Baucus soundly rejected single-payer medical insurance and guided the passing of what would become the Patient Protection and Affordable Care Act.


It was a startling turnaround for Baucus, who eight years ago was chairman of the powerful Senate Finance Committee and a key Democratic leader in the political battles that ultimately passed the Affordable Care Act. [Bozeman Daily Chronicle]

Obama later admitted he "screwed up" by pushing Timothy Geithner's confirmation as Treasury Secretary first in a effort to reverse the economic catastrophe left by the previous administration. Daschle withdrew after Obama put off his confirmation hearing and after Baucus stabbed Daschle, the American people and the new president in the back.

In 2013 Obama appointed Baucus, a Democrat who had been a royal pain in the ass, Ambassador to China.


Because of the way hospital networks and private insurers independently negotiate prices with each other in most of the country, rural hospitals are often de facto monopolies with massive leverage. As a result, only insurers that are also effectively monopolies can hope to negotiate for decent prices to drive out competition. Even increasing insurer competition in these concentrated hospital markets could actually make the cost problem worse. [The ACA is Failing Because It Didn’t Account For Hospital Monopolies in Rural Areas]

I like the idea of rolling the funding for Obamacare, TRICARE, Medicare, the IHS and the VA together then offering Medicaid for all by increasing the estate tax, raising taxes on tobacco and adopting a carbon tax. Reproductive freedoms should be included with conditions just like the military does under TRICARE.

So, if these hospitals are monopolies or even oligopolies in their markets why aren’t there public commissions to regulate pricing?
Posted by larry kurtz at 9:40:00 AM