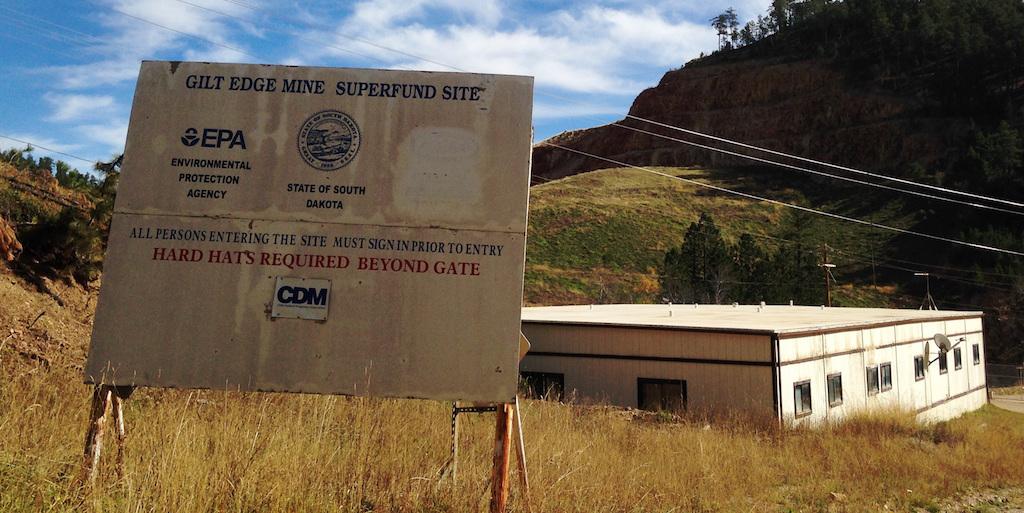 With blessings from a now-dead GOP governor a foreign company plundered sacred ground in Lawrence County, South Dakota and left an environmental catastrophe. Now another earth hater former governor is groveling before the US Environmental Protection Agency he wants to kill to clean up the mess.


The EPA is planning to spend an extra $50-million to reduce acid mine drainage at a former strip mine in the Northern Black Hills that is now a Superfund site. [SDPB]

Another foreign company based in Canada wants to mine Custer County:


There are three ways to mine uranium: underground mining — the grandfather of mining — open pit mining, which was prevalent in South Dakota in the 1950s and ’60s, and ISL, which is what Azarga proposes for the Dewey-Burdock project. In order to harvest the uranium, it would be mined through the aquifer and pumped to the surface. In order to extract the uranium, the substance attaches itself to resin beads and is then taken to a processing plant, purified and made into yellowcake for use. Azarga has stated it plans to build a processing plant on site as well as market its services to other regional uranium mines. [Custer County News and Chronicle]

With prodding from Republicans, TransCanada, yet another foreign company, is suing to condemn private property in several US states for a pipeline for China.