Lee newspapers are making me grumpier than usual: this time it's the Rapid City Journal.

From Jim Kent's piece at lastrealindians:


Editorial Note*: The Rapid City Journal refused to publish this work, Jim's weekly column, on 9/27/12 re: Native American boarding schools - hinged on the award-winning film "The Thick Dark Fog". Its editorial board noted that the boarding school issue –though painful – took place decades ago, questioned references to genocidal federal practices prior to the 19th century as well as their use at boarding schools, questioned references to Gen. Philip Sheridan, and stated that publishing the column “would further divide Native Americans and whites without justification.”


Sam Hurst is the author of many works, including the viral post-mortem for the candidacy of former South Dakota Representative Stephanie Herseth Sandlin: it's a sobering reminder of how Democrats have lost the word war in the state. A visit with Hurst last evening at The Badlands Bash, a fundraiser for an initiative promoted by former US House candidate, Kevin Weiland, in Rapid City's Main Street Square gave me pause.

Mr. Hurst mused about starting an online newspaper to fill the void left by the mainstream media in the chemical toilet. What's he doing? He's writing a book.

Yes, I own some Lee stock. 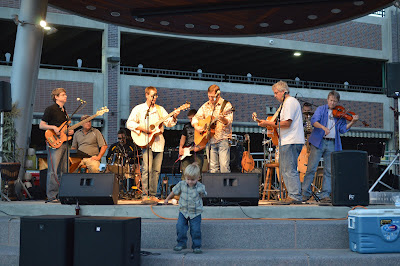 That's Kenny Putnam playing fiddle on the right and Mike Reardon is the guitarist just left of center in the photo (someone fill in the rest for me?)