Lalley: waterways more at risk from ag, livestock than from pipelines 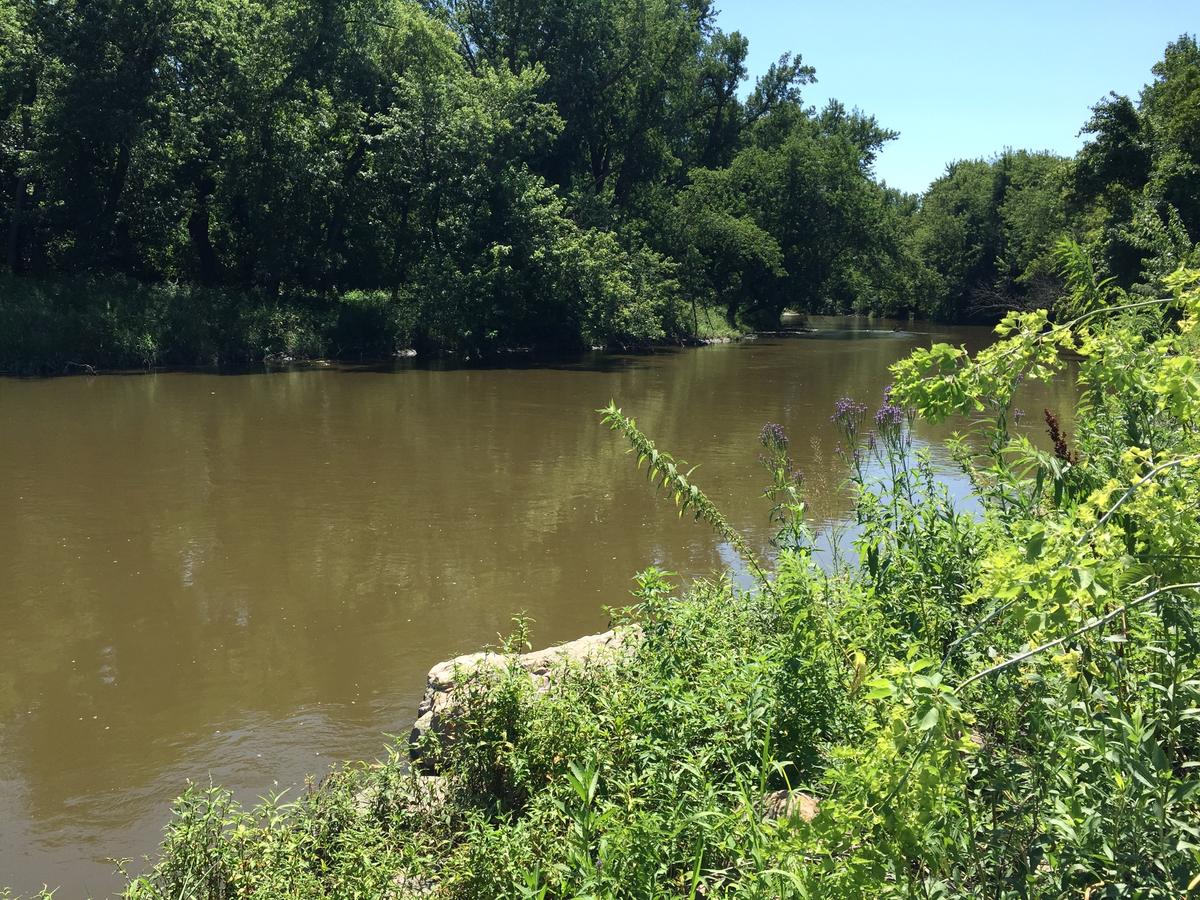 Virtually every waterway in South Dakota is at risk to livestock and industrial agriculture; most are irreparably impaired.

Last year, Sioux Falls Mayor Mike Huether held his annual Big Sioux River Water Summit in my home county of Brookings. Brookings is not just the sty of SDGOP's most pernicious porker; it's host to some of the most polluted watersheds in South Dakota. A cheese factory made possible by Republican cronyism sustains the stench of thousands of dairy cattle making eastern South Dakota a wasteland.


In the Sioux Falls metro there is discussion about how we keep the byproduct of manure and fertilizer out of the Big Sioux. Gov. Dennis Daugaard recently suggested new incentives to create buffer strips and Sioux Falls Mayor Mike Huether has been moving ahead with buffers in the city and beyond. Up in North Dakota, a national debate has hovered over a protest by South Dakota’s Indian tribes – and now a lot of other sympathizers – over the path of the Dakota Access oil pipeline. This is where the dichotomy comes in. By any objective measure, the flow of animal waste, fertilizer and pesticides from agricultural run-off is a greater threat to water quality than an oil pipeline. [Patrick Lalley, news director for Argus Leader Media]

At some point during the Argus' 100 Eyes webcast the question, "What color is the Big Sioux River today, doods?" is submitted to the panel. "Brown and stinky" is always the answer.

South Dakota's climate denier governor, Denny Daugaard and his nutball GOP-owned legislature passed a statute that funded armed guards in schools but won't ensure that archaeology cops will assess impacts of oil pipelines in lands sacred to the first Americans.

In 2012, after another GOP governor gutted environmental protection in South Dakota, the Big Sioux River was named the thirteenth most polluted river in the US. The state's GOP congressional delegation is scrambling to cover up their roles in creating the circumstances for the Big Sioux River's impairment and protecting their campaign donors from scrutiny: Republican hubris writ large.

Recognizing the Sioux Falls mayor as a 2018 gubernatorial threat Daugaard has flip-flopped on buffer strips and is now embracing Huether's initiative to clean up waterways.

Energy Transfer Partners expects to complete horizontal directional drilling under the Big Sioux River this week but pollution will continue to be South Dakota's environmental undoing.

The Yankton Sioux Tribe has filed a lawsuit against the US Fish and Wildlife Service and the Army Corps of Engineers, which issued permits for the Dakota Access pipeline. The tribe has had some success in retrieving damages from other projects where the feds signed off on ecocide like damming the Missouri River.
Posted by larry kurtz at 8:38:00 AM

Drain Tile is being installed all over East River, healthy shelterbelts bulldozed and low lying areas that were ponds for waterfowl are being filled in for increased crop production. Add all those Big Ag chemicals, further decrease in wildlife habitat/bio diversity and it is pretty depressing except for those only looking to profit from it.

What recently was the turning point in making you realize the SD Dems were dead and that you may try again in 2018?

I was going to stay and fight but after seeing just how bad it was I came to the conclusion that with life being so short one must pick their battles carefully. After I escaped from SD I began and am helping knock on doors and fundraise for a Dem candidate known for being a humble nuts and bolts public servant & volunteer against a vulnerable Republican culture warrior in red district that even Republicans are mad at. I'm sure he will once again try to scare people against imaginary phantoms in order to stay in office.

SD does not have a healthy democracy with checks and balances. It's sad.

A number of friends and family purchase as much as they can out of state and choose not to give business to known supporters of those who support what is wrong in the state.

Mike Huether and Bernie Hunhoff are the only Democrats in South Dakota with a chance at statewide office especially while living in Pierre is such a trip into Hell. Nothing will ever change. Democrats are fleeing the state in droves while Republicans are being driven out of Minnesota, Colorado and Orange County, California into Nazi hamlets like Rapid City and Mitchell. The only town in the state that isn't a hole during the brutal and unforgiving six-month winters is Hot Springs and it's bad enough.

Also, that 10000-year wildfire West River that destroys every remnant of architecture erected after 1876 is way, way overdue.